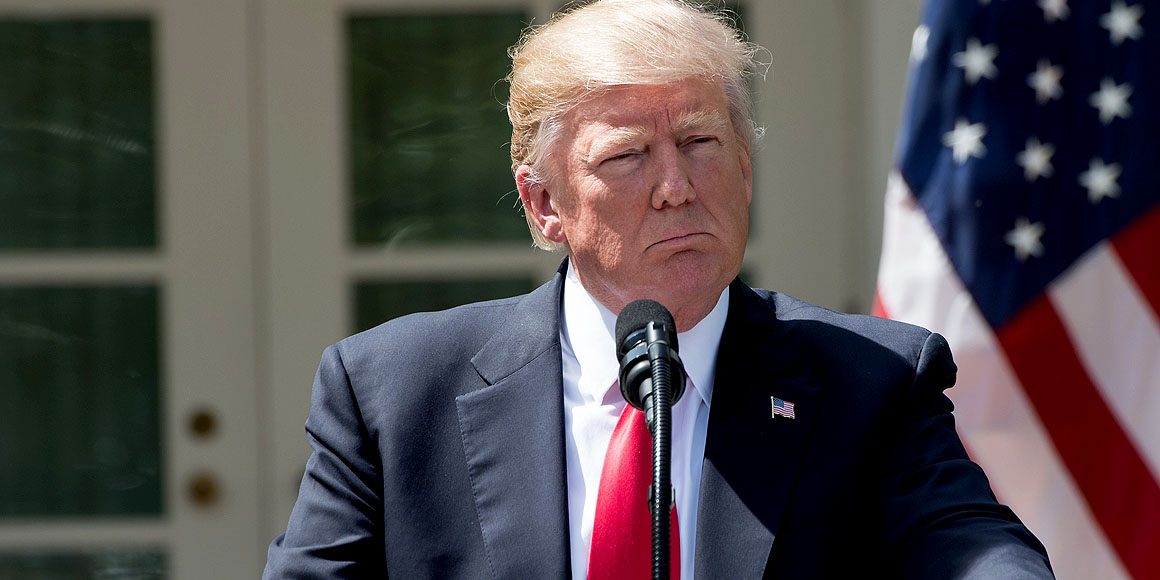 President Donald Trump is once again extending the Iran nuclear deal, but Trump will “terminate” the agreement unless Congress and European allies agree to strengthen it, Trump said in a statement Friday.

“This is a last chance,” Trump said. “[E]ither fix the deal’s disastrous flaws, or the United States will withdraw.”

The decision is a temporary victory for Trump’s national security team, which has spent months trying to persuade a president who despises the nuclear deal that abandoning it would be a self-inflicted foreign policy calamity.

The statement implicitly sets a mid-May deadline for the deal’s fate. That is when Trump must again choose, as he did Friday, whether to waive economic sanctions on Tehran which come up for renewal every 120 days.

Trump faced a Friday deadline to decide whether to reimpose economic sanctions on Iran the U.S suspended as part of a 2015 nuclear agreement.