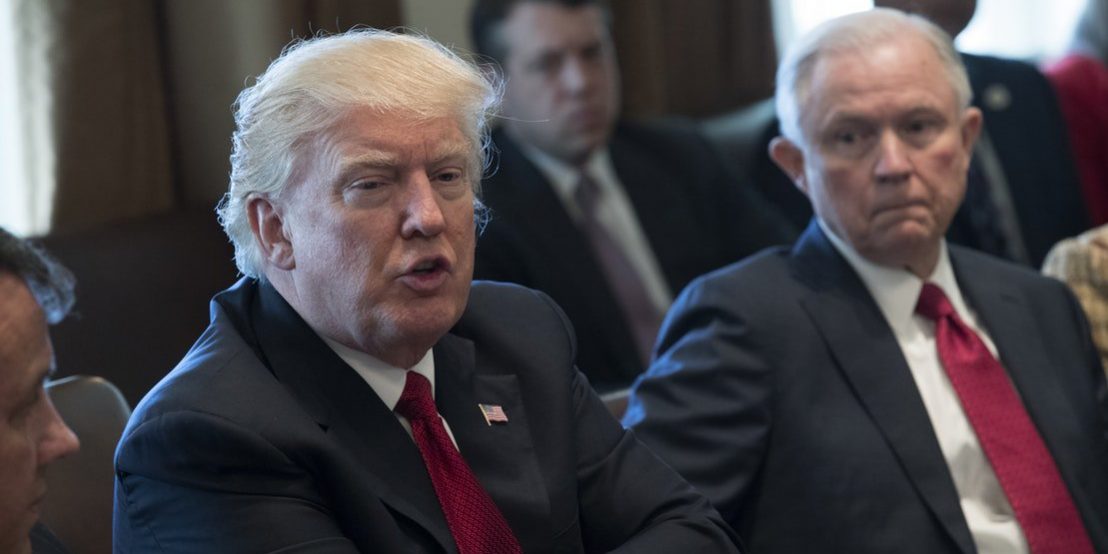 When President Donald Trump kicked off his campaign in the summer of 2015 by smearing Mexican immigrants as rapists and drug traffickers, he had only his own celebrity to spread dubious theories about immigrants and crime. Now he has the machinery of the federal government to provide flawed evidence for more restrictive immigration policies.

A report released Tuesday by the Justice Department and the Department of Homeland Security represents the Trump administration’s latest effort to conflate immigrants and criminality. It tabulates the number of foreign nationals linked to international terrorism, gender violence and honor killings, and other major crimes since September 11, 2001. The government intends it to be the first report of a series mandated by executive order—a rolling, state-run litany of sins committed by foreigners against the American homeland.

“This report reveals an indisputable sobering reality—our immigration system has undermined our national security and public safety,” Attorney General Jeff Sessions said in a statement. He cited the report’s figures to support the administration’s push for “a merit-based immigration system that ends the use of diversity visas and chain migration.”

Tuesday’s joint report, titled “Protecting the Nation From Foreign Terrorist Entry Into the United States,” was mandated by Trump’s March 6 executive order that re-established a travel ban targeting six Muslim-majority countries. The order requires the secretary of homeland security and attorney general to publicly release data on crimes committed by immigrants since 9/11, and asked questions that betrayed the underlying purpose: How many foreign nationals have been convicted of international terrorism-related crimes by U.S. courts? How many foreign nationals were radicalized after entering the United States What’s the immigration status of people convicted of major crimes? How many honor killings are committed in the United States?

The administration’s new report on international terrorism is full of misleading numbers and glaring omissions.