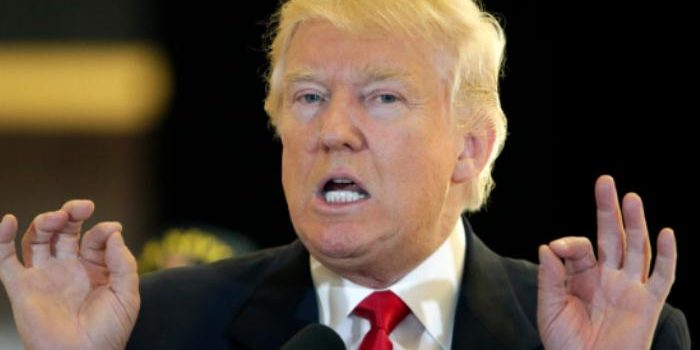 Evidence that there will be a Democratic “blue tsunami” in the 2018 midterm elections continues to gain steam. On Tuesday, Democrats flipped a state Senate seat that has been held by Republicans for twenty years – and in a district that Trump won by 17 points in 2016. Patty Schachtner won the seat for Wisconsin’s 10th Senate district, and her win falls on the heels of 2017 democratic victories in Virgina, New Jersey, and Alabama.

The Post’s article titled: New alarm among Republicans that Democrats could win big this year reported:

In private conversations. Trump has told advisers that he doesn’t think the 2018 election has to be as bad as others are predicting. He has referenced the 2002 midterms, when George W. Bush and Republicans fared better after the Sept. 11 terrorist attacks, these people said.

The article went on to say:

The concern has grown so acute that Trump received what one congressional aide described as a “sobering” slide presentation about the difficult midterm landscape at Camp David last weekend, leading the president to pledge a robust schedule of fundraising and campaign travel in the coming months, White House officials said.

Regarding Trump’s desire for a terrorist attack on American soil in order to save them from a political bloodbath, Vox’s Matthew Yglesias wrote:

“I’m pretty skeptical that the political dynamics of September 2001 would be replicated today. But regardless, this is a frightening line of thought for an incumbent president and his team to be entertaining.”

“(I)f the president and his top staff are not so concerned with democracy but purely political power, that’s a terrifying proposition,” Yglesias said.

Considering Trump’s unpredictable mood swings and irresponsible tweeting habits, it seems there’s never been a better time to take his phone away.

Evidence of Democratic victories have Trump and Republicans worried.