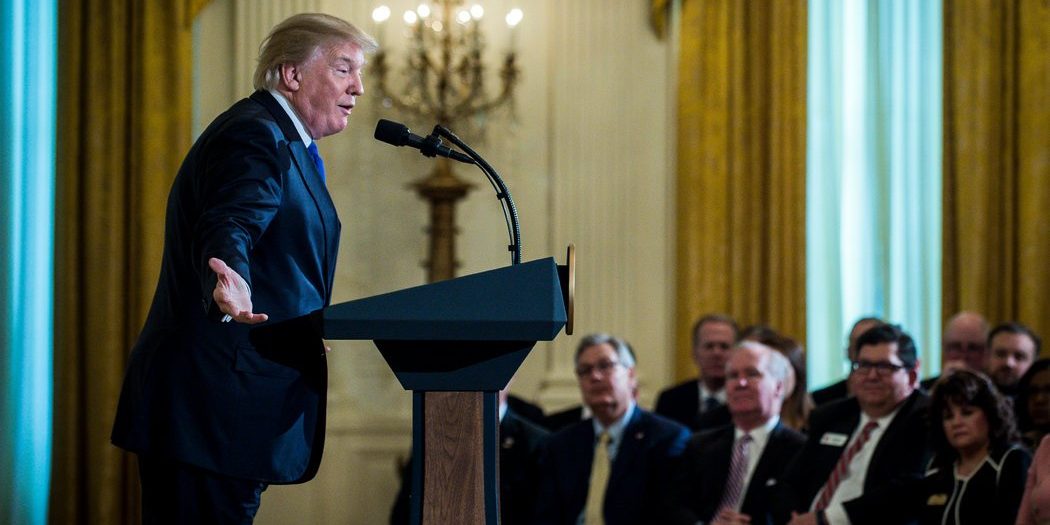 President Trump said on Wednesday that he is open to a path to citizenship after 10 to 12 years for hundreds of thousands of undocumented immigrants brought to the United States as children, days after rejecting a bipartisan plan with that as its centerpiece.

Mr. Trump once again seemed to undercut his administration’s message, telling reporters at the White House that he would allow the young immigrants, known as Dreamers, to “morph into” citizens over a period of time.

The reporters had gathered for a briefing from a senior official detailing the administration’s plans to stick to a restrictive immigration agenda when the president dropped in unprompted, shortly before departing for Davos, Switzerland, pre-empting the official.

President Trump once again seemed to undercut his administration’s message, saying that he would allow the young illegal immigrants to “morph into” citizens over a period of time.