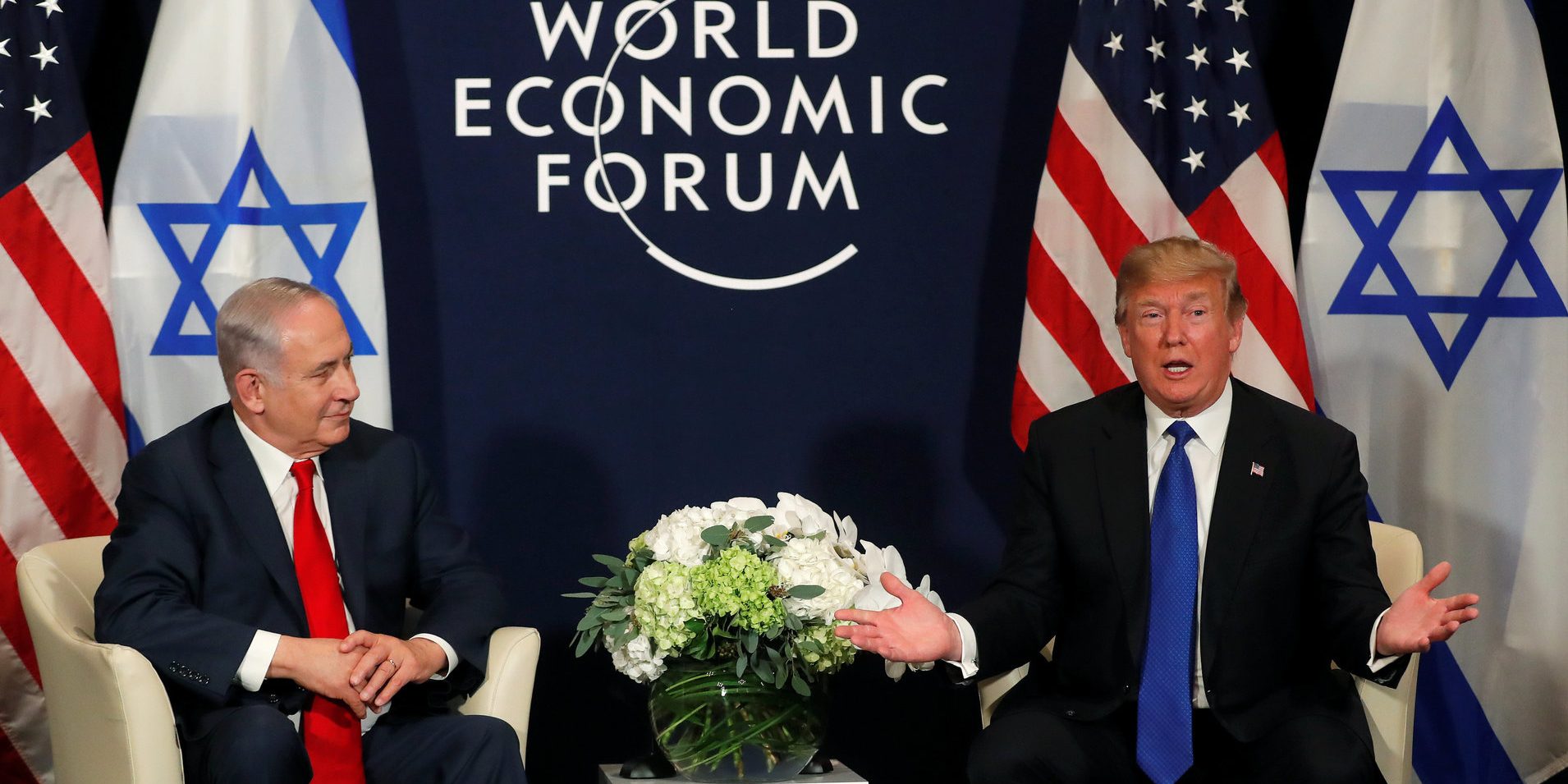 U.S. President Donald Trump threatened on Thursday to withhold aid to the Palestinians if they did not pursue peace with Israel, saying they had snubbed the United States by not meeting Vice President Mike Pence during a recent visit.

Trump, speaking after a meeting with Israeli Prime Minister Benjamin Netanyahu at the World Economic Forum, said he wanted peace. However, his remarks could further frustrate the aim of reviving long-stalled Israeli-Palestinian talks.

Palestinians shunned Pence’s visit to the region this month after Trump recognized Jerusalem as Israel’s capital and vowed to begin moving the U.S. embassy to the city, whose status is at the heart of the Israeli-Palestinian conflict.

Trump’s endorsement in December of Israel’s claim to Jerusalem as its capital drew universal condemnation from Arab leaders and criticism around the world. It also broke with decades of U.S. policy that the city’s status must be decided in negotiations between Israel and the Palestinians.

“When they disrespected us a week ago by not allowing our great vice president to see them, and we give them hundreds of millions of dollars in aid and support, tremendous numbers, numbers that nobody understands ― that money is on the table and that money is not going to them unless they sit down and negotiate peace,” Trump said.

The United States said this month it would withhold $65 million of $125 million it had planned to send to the U.N. agency that helps Palestinian refugees. The UNRWA agency is funded almost entirely by voluntary contributions from U.N. states and the United states is the largest contributor.