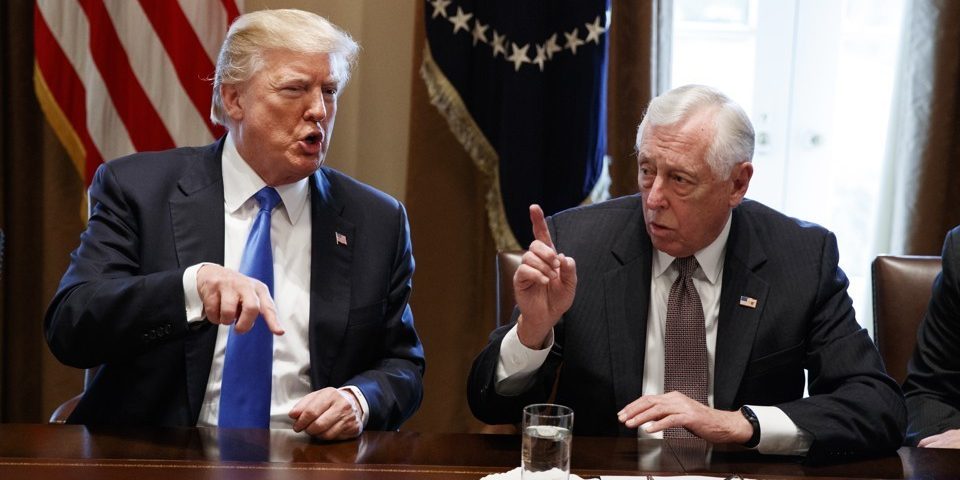 There was nothing more President Trump could have done to more clearly illustrate the vexing politics of the immigration debate or the often maddening way he manages Congress than the remarkable public meeting he held with lawmakers at the White House on Tuesday.

The president convened a bipartisan group of more than two dozen members of the House and Senate in the Roosevelt Room to discuss a possible resolution for the Deferred Action for Childhood Arrivals program—the Obama-era protections for 700,000 young immigrants that Trump has said will end in March without congressional action.

Yet over nearly an hour, and with television cameras running, Trump took nearly every conceivable position in the debate: He backed a “clean” bill to extend DACA, protect the so-called “Dreamers,” and bolster border security, absent the more controversial immigration measures conservatives want; then, he said he’d “take the heat” for a more comprehensive immigration overhaul along the lines of what Trump had denounced as a candidate in 2016; later, he demanded that Congress fund the southern border wall as part of the initial DACA deal, reinserting the wrench that has held up the immigration talks for weeks.

Finally, Trump said he’d sign whatever immigration bill Congress could send him. “I’m not saying I want this or I want that. I will sign it,” he told the group.

The president let the cameras roll as he negotiated a DACA deal with Congress. True to form, he said yes to everyone but left lawmakers without the direction they sought.