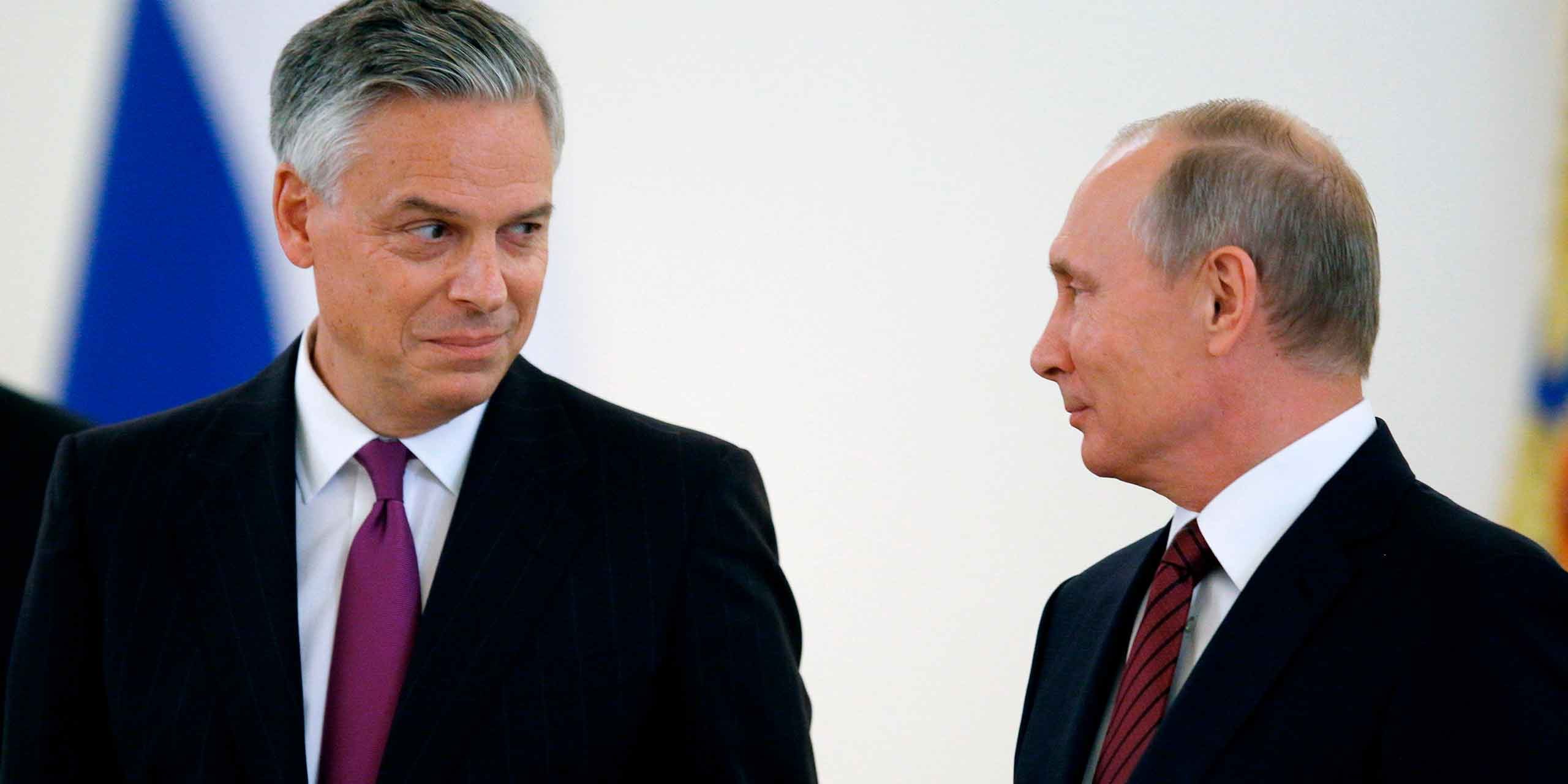 Jon Huntsman, the U.S. ambassador to Russia, warned in a closed-door briefing with lawmakers on Tuesday that the U.S.-Russia relationship would be “done” if the Kremlin tries to interfere in the 2018 midterm elections.

A source who attended the briefing, which took place with members of the House Foreign Affairs Committee, told The Daily Beast that Huntsman was unequivocal in stating that Russia interfered in the 2016 election. He said that as a former governor of Utah, he is deeply concerned about the idea of the Kremlin attempting to interfere with election rolls in individual states and localities. And he offered a stark warning: Russian actors were on course to meddle in U.S. elections again in 2018 and 2020, in addition to elections in other countries.

“I don’t think Russia is going to quit,” Huntsman told the nine Republican and 12 Democratic members who attended the briefing, according to the source who spoke on the condition of anonymity. “Putin probably has never been stronger.”

Jon Huntsman tells a room full of lawmakers that Russia is very much on course to play a disruptive role again.