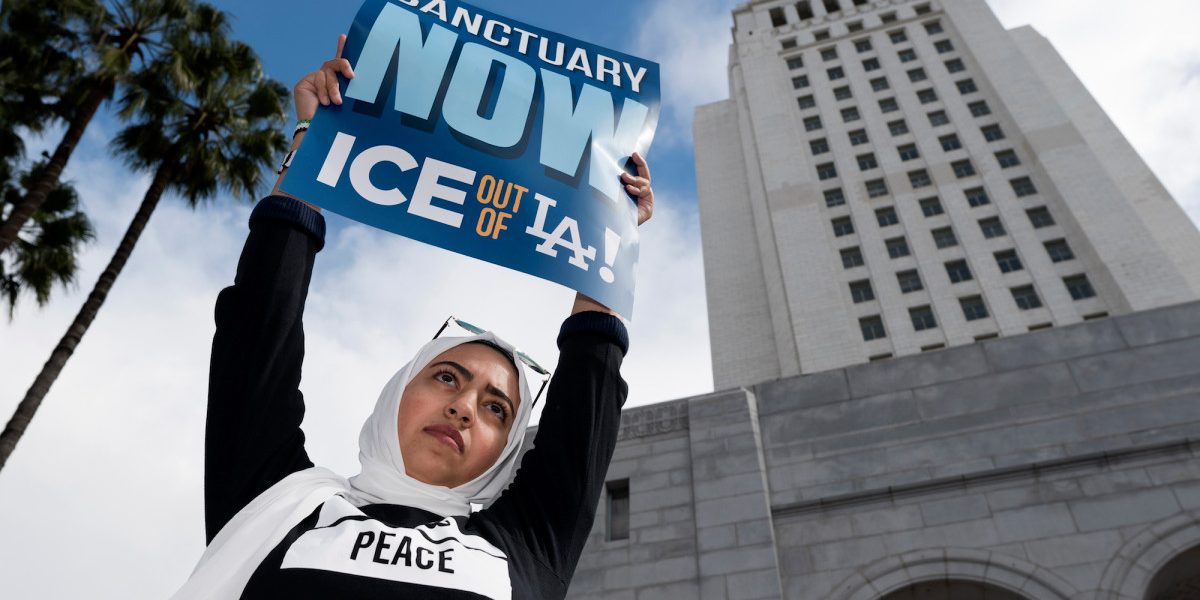 On Tuesday, the United States’ top immigration enforcement official said the government should bring criminal charges against politicians in sanctuary cities. The comment, from acting Immigration and Customs Enforcement (ICE) Director Thomas Homan, begs the now familiar question: Can the Trump really administration really do that?

The answer is almost certainly no. Homan’s argument relies on a statute that is typically used to target human smugglers; according to Bill Hing, a law professor at the University of San Francisco who runs the school’s Immigration and Deportation Defense Clinic, there’s no precedent, or even a strong legal case, for using it against politicians.

Legal experts say administration officials are “shooting from the hip” and don’t “know what they’re talking about.”