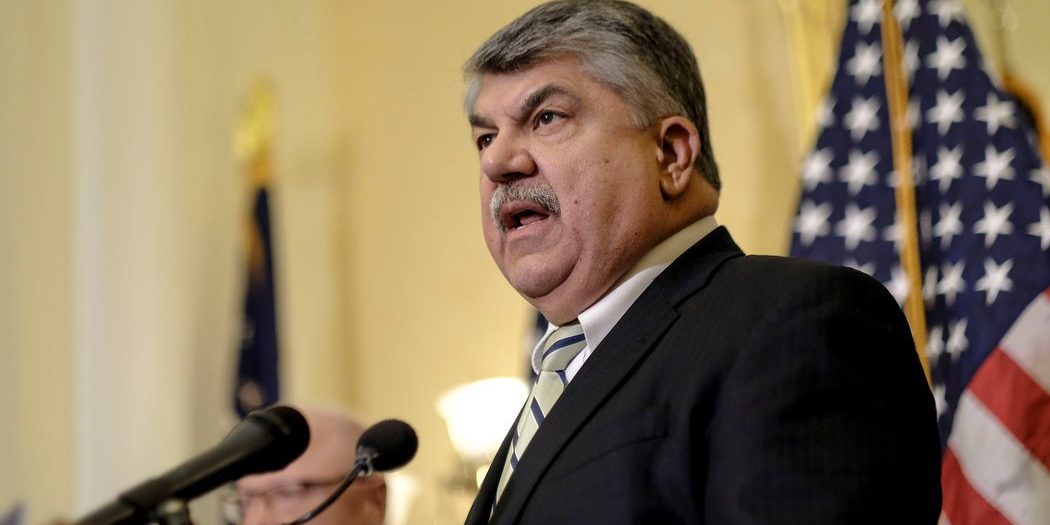 The president of the A.F.L.-C.I.O., Richard Trumka, who flirted with an alliance with President Trump, delivered a searing critique on Tuesday of the president’s first year, saying that he had used the White House “to actively hurt working people” and favor corporate interests.

“Broken promises are bad enough,” Mr. Trumka said during a meeting with reporters. “But President Trump has also used his office to actively hurt working people. He has joined with corporations and their political allies to undermine the right of workers to bargain collectively. He has taken money out of our pockets and made our workplace less safe. He has divided our country, abandoned our values and given cover to racism and other forms of bigotry.”

Mr. Trumka, who was criticized by some Democrats and union members for his early show of support for Mr. Trump’s presidency, also said internal union surveys showed that the president was losing favor among workers.

Richard Trumka, the president of the A.F.L.-C.I.O., delivered a searing critique of the president’s first year, saying his policies favored corporations over workers.