Waiting for the Bomb to Drop 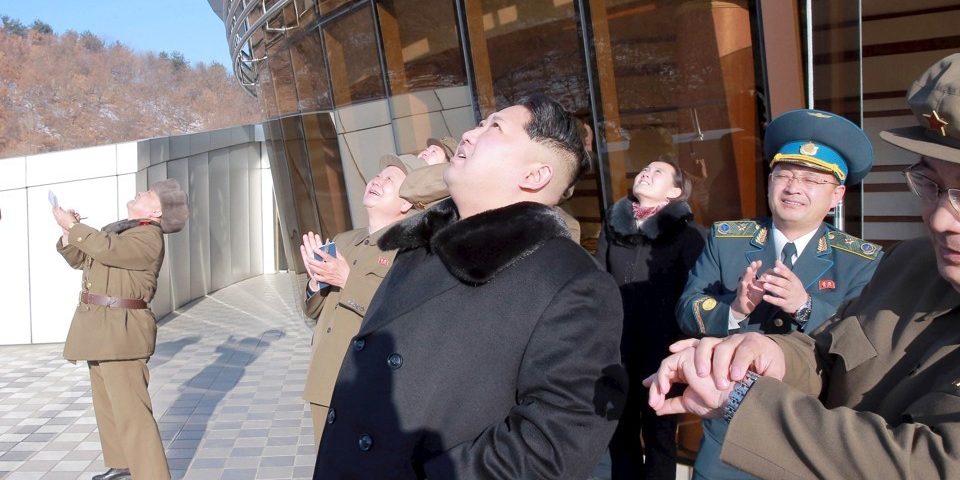 The decision to move the American embassy to Jerusalem makes a war in Korea more likely. Not because there is any direct connection between the two, nor because it was a bad idea, recognizing as it did the simple fact that the western part of Jerusalem has been Israel’s capital for over 70 years and will most assuredly remain so. The dangerous bit, rather, was when pundits and diplomats wrung their hands and predicted calamity and (far more predictably) nothing happened. The Arab street grumbled, while Cairo, Riyadh, and Abu Dhabi looked the other way, and Donald Trump could be forgiven for thinking that his instincts had been proven entirely correct.

And therein lies the danger. As we can see from the irritable id that manifests itself in his tweets, Trump believes that he has been an exceptionally successful president, who deserves credit for the absence of deaths from plane crashes, a soaring stock market, and a tax cut rammed through on a completely partisan basis by a Republican majority that has thirsted for little else for decades. Those who made fun of his claims that he is smarter than his generals and that there is no need for a fully staffed State Department because he is around, or mocked his boasts that his nuclear button is bigger and better than Kim Jung Un’s, should stifle their chuckles. This is serious. The president feels vindicated, smart, and self-confident beyond the outlandish egotism of his campaign days in 2016.

This is serious first and foremost because the North Korean threat is serious. National Security Adviser H. R. McMaster is correct when he notes that the North Koreans have always been willing to sell anything—literally anything—to anybody with the hard cash to buy it. That will be true of their nuclear weapons. It is indeed true that Pyongyang is on the verge of acquiring the ability to obliterate Los Angeles, and eventually Washington. It is certain that this regime has shown no respect for any international norms, let alone international law; that it has committed murder; that it lives in a psychotic cocoon of its own making; and that it will stop at nothing. And it is true, finally, that this dangerous circumstance is not of Trump’s making: It is rather the consequence of policies that bought time and offered no idea what to do with the time that was purchased through shifting combinations of diplomacy, bribes, sanctions, and skullduggery.

Waiting for the Bomb to Drop

There are sounds, for those who can hear them, of the preliminary and muffled drumbeats of war.