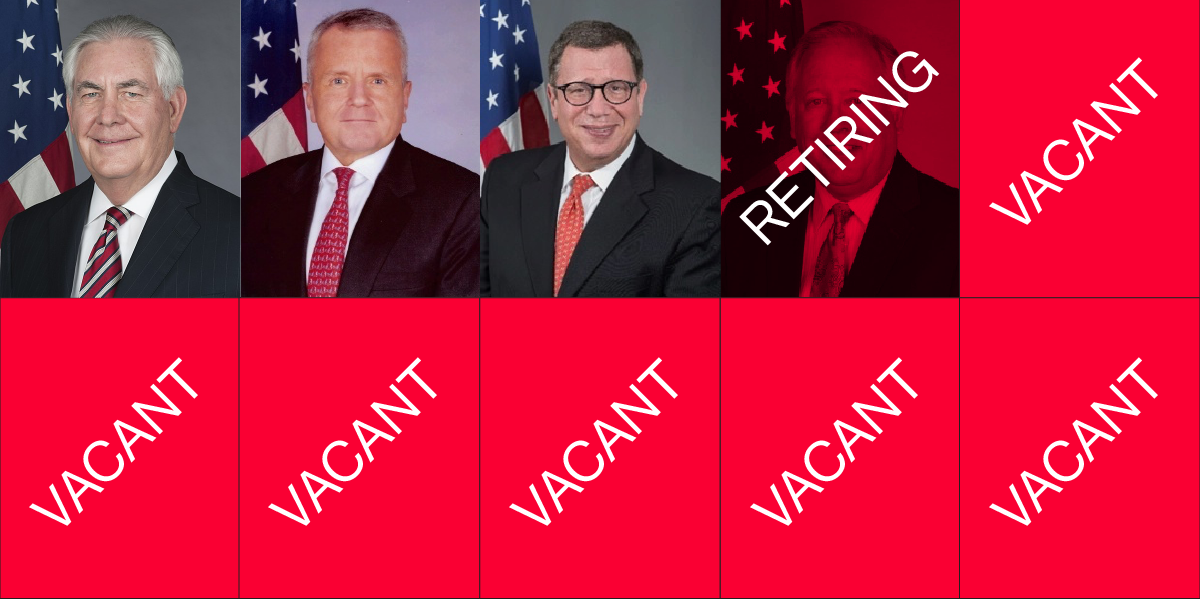 U.S. Secretary of State Rex Tillerson has spent much of his first year trying to manage crises with North Korea, Syria, Iran and Venezuela. But he’s largely alone at the highest levels of the State Department, a problem exacerbated after the senior career diplomat, Tom Shannon, announced on Thursday that he plans to leave for personal reasons.

With Shannon’s departure, seven of the top nine jobs at the department will be empty. Those vacant posts include positions overseeing the agency’s role in U.S. trade policy, stopping the spread of nuclear weapons, refugee issues and efforts to counter human trafficking.