Can Europe Step Up? 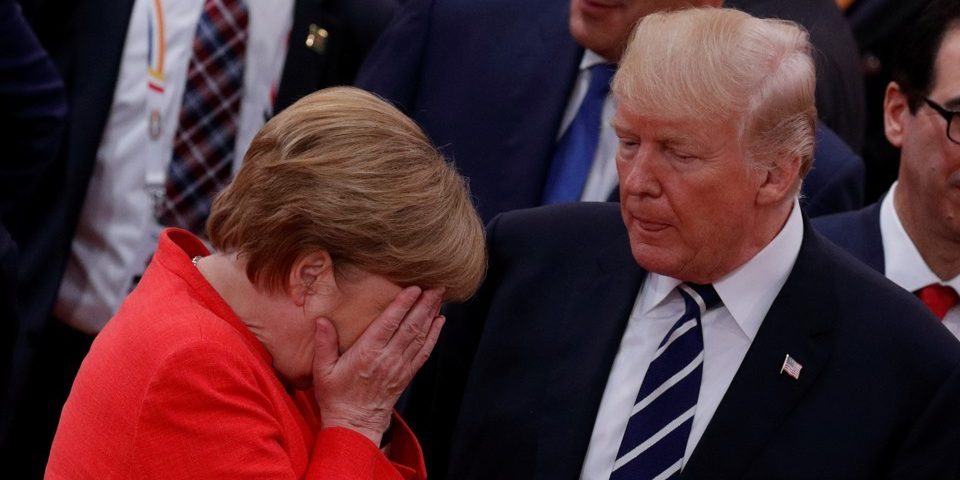 It’s become an article of faith that the U.S. is withdrawing from the world, and a reflex to blame Donald Trump for it. It’s also largely fictitious. Some 34,000 U.S. troops are in the Gulf, at least 14,000 in Afghanistan, 70,000 or so in North East Asia, and roughly 62,000 in Europe. Many of those numbers are growing under his presidency, alongside the list of countries in which the U.S. wages counterterrorism military operations. The picture President Trump presented in his State of the Union was not, in fairness, that of a detached America. It was of a chest-thumping America that wishes to free itself of the shackles supposedly hindering an already aggressive war on isis. It was of a miserly America that conceives of foreign assistance as a form of fee-for-service doled out to devoted allies. It was of an inconsistent America that is firmly unyielding on human rights-violations in select countries (North Korea, Iran and Cuba), and pliantly accommodating in others. And it was of a short-sighted America has little interest in or patience for diplomacy or multilateralism in pursuit of broader global goals. There are forms of U.S. disengagement far preferable to this.

Here, in Europe, the mood still veers from relative satisfaction that Trump is our creation, not theirs, to open alarm that he is their problem as much as ours. But the new U.S. posture raises a more vexing question: Europeans long have chafed under the embrace of American hyper-power, resented being relegated to the part of bankroller-in-chief, and longed for a more assertive role on the world stage. So, will Europeans see the Trumpian era as their moment? If so, what might they do with it, and how will it affect the United States?

Some initial answers are suggesting themselves already. Europe stuck to the Paris climate accord despite the U.S. retreat and—through French President Emmanuel Macron and German Chancellor Angela Merkel in particular—mounted a defense of a more tolerant, less nativist form of politics and a rules-based international order. Europe’s own internal challenges, from economic woes to the difficulties in managing migration, are far from resolved. They require European leaders to balance foreign priorities with those at home. But 2017, in some ways and with some exceptions, was the year of the dog that didn’t bark: Populists and anti-immigrants didn’t prevail in elections in France, the Netherlands, or Germany. The wave many feared was only beginning to gather force with Brexit and Trump’s election in fact appears, for now at least, to have crested with them. The space this has created has allowed for several European leaders to voice their support for norms the U.S. is in danger of discarding.

Can Europe Step Up?

If Europeans see the Trumpian moment as an opportunity, the question is what they will do with it—and how it will affect the United States.