Could Self-Driving Trucks Be Good for Truckers? 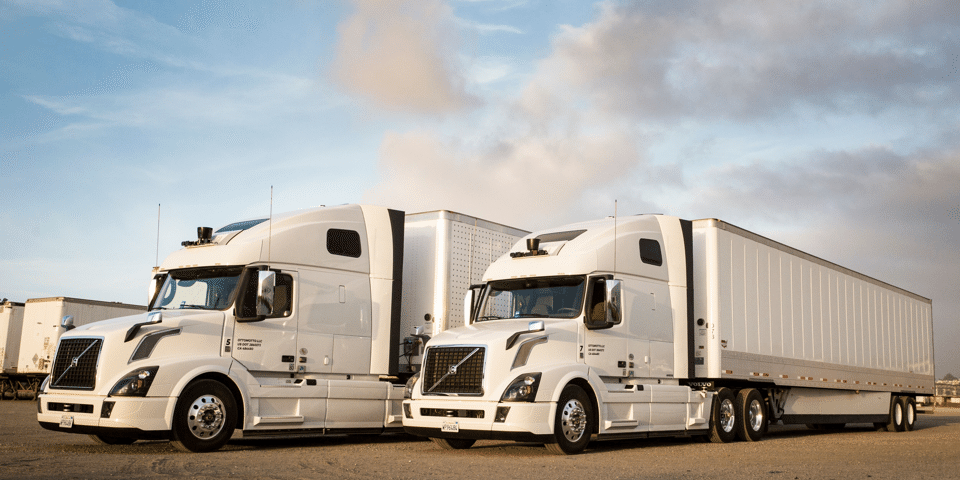 The outlook for trucking jobs has been grim of late. Self-driving trucks, several reports and basic logic have suggested, are going to wipe out truckers. Trucking is going to be the next great automation bloodbath.

But a counter-narrative is emerging: No, skeptics in the industry, government, academia are saying, trucking jobs will not be endangered by autonomous driving, and in the brightest scenarios, as in new research by Uber’s Advanced Technologies Group, there may be an increase in trucking jobs as more self-driving vehicles are introduced.

For one, Uber does not believe that self-driving trucks will be doing “dock to dock” runs for a very long time. They see a future in which self-driving trucks drive highway miles between what they call transfer hubs, where human drivers will take over for the last miles through complex urban and industrial terrain.

For that reason, Woodrow says that he saw their version of self-driving trucks as complementing humans, not replacing them. To make their case, Uber created a model of the industry’s labor market based on Bureau of Labor Statistics data. Then, they created scenarios that looked at a range of self-driving-truck adoption rates and how often those autonomous trucks would be on the road in comparison to human-driven vehicles.

Could Self-Driving Trucks Be Good for Truckers?

That’s what a new study from Uber’s self-driving truck team says, and a variety of trucking experts think they might be right.