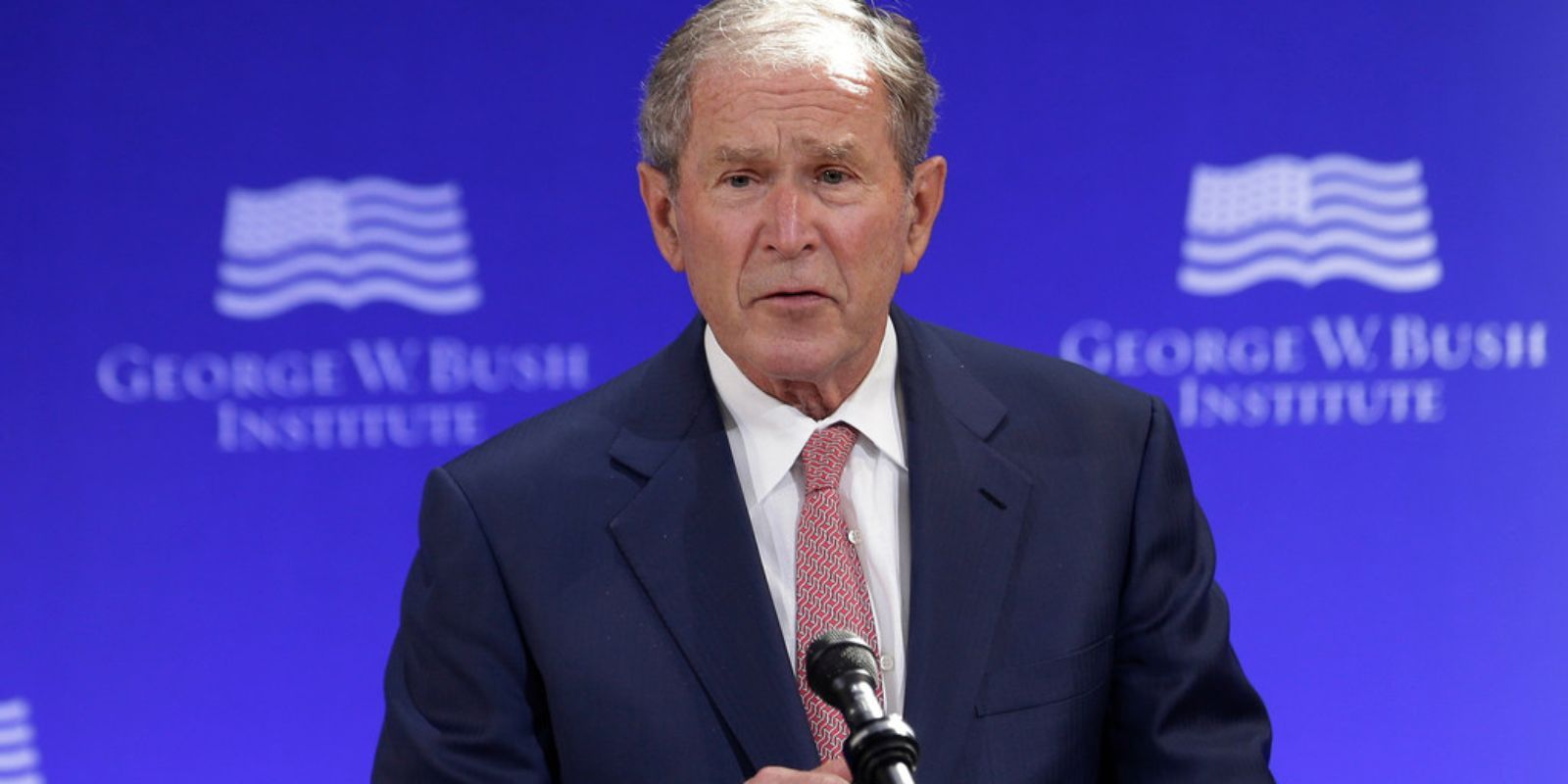 Former president George W. Bush appeared to take aim at President Trump on Thursday when he said at an economic summit that there was “pretty clear evidence that the Russians meddled” in the 2016 U.S. election.

Bush did not directly name Trump during his talk in Abu Dhabi, the capital of the United Arab Emirates. He appeared there as part of a conference by the Milken Institute, a think tank based in Santa Monica, Calif.

“Whether (Russia) affected the outcome is another question,” Bush said. “It’s problematic that a foreign nation is involved in our election system. Our democracy is only as good as people trust the results.”

Intelligence agencies have concluded that Russia meddled in the presidential election, and numerous investigations are underway to determine whether Trump’s campaign aided the Kremlin. Trump has consistently disputed allegations of Russian interference in the race or that members of his campaign team in any way “colluded” with Moscow.

The former president made the comments in a talk in Abu Dhabi, the capital of the United Arab Emirates.