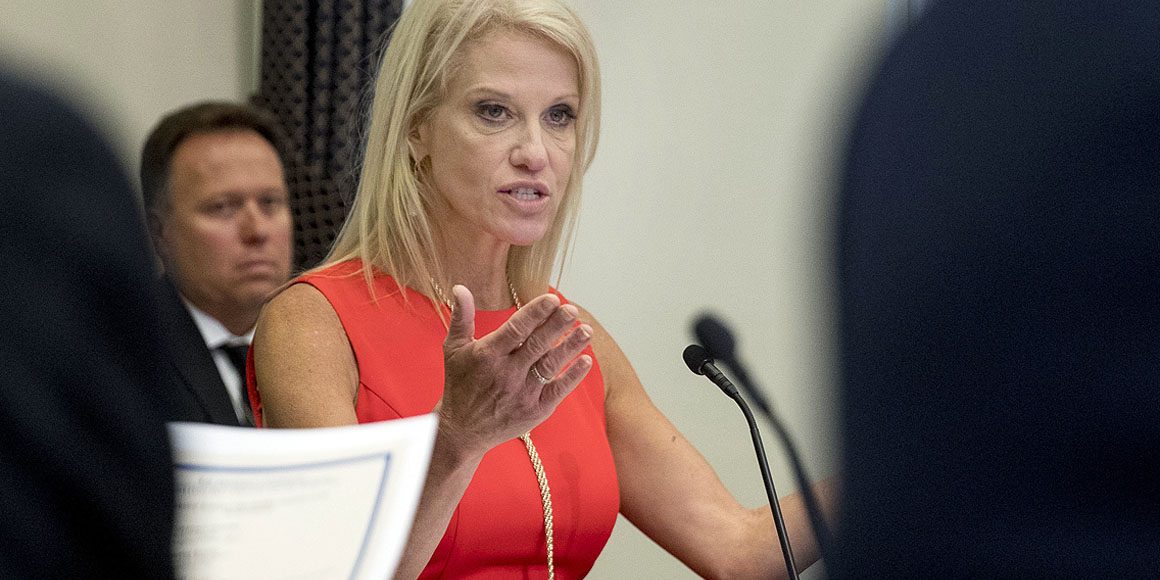 President Donald Trump’s war on opioids is beginning to look more like a war on his drug policy office.

White House counselor Kellyanne Conway has taken control of the opioids agenda, quietly freezing out drug policy professionals and relying instead on political staff to address a lethal crisis claiming about 175 lives a day. The main response so far has been to call for a border wall and to promise a “just say no” campaign.

Trump is expected to propose massive cuts this month to the “drug czar” office, just as he attempted in last year’s budget before backing off. He hasn’t named a permanent director for the office, and the chief of staff was sacked in December. For months, the office’s top political appointee was a 24-year-old Trump campaign staffer with no relevant qualifications. Its senior leadership consists of a skeleton crew of three political appointees, down from nine a year ago.

“It’s fair to say the ONDCP has pretty much been systematically excluded from key decisions about opioids and the strategy moving forward,” said a former Trump administration staffer, using shorthand for the Office of National Drug Control Policy, which has steered federal drug policy since the Reagan years.