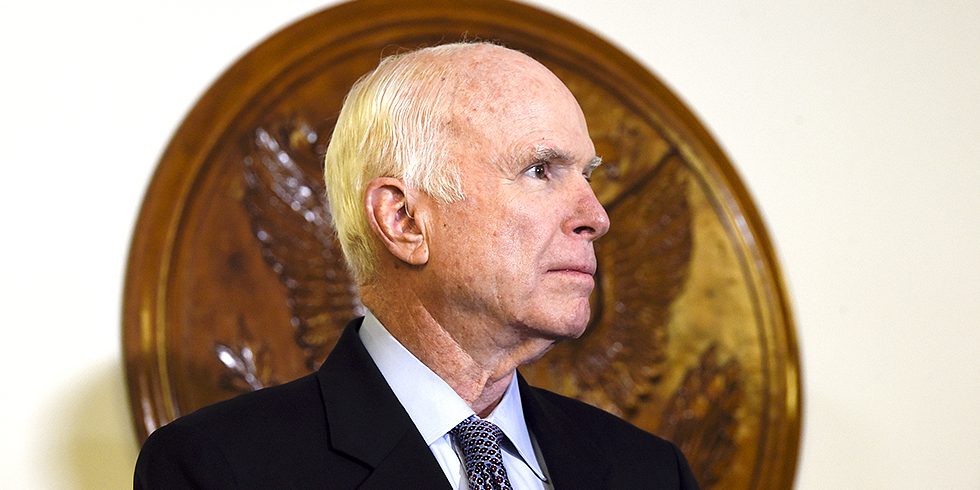 Sens. John McCain (R-Ariz.) and Christopher Coons (D-Del.) will introduce immigration legislation on Monday in an effort to reach a budget deal before the federal government’s current funding runs out on Friday, The Wall Street Journal reported.

The bipartisan piece of legislation provides recipients of the Deferred Action for Childhood Arrivals (DACA) program, commonly known as “Dreamers,” an opportunity for citizenship while ordering a study to figure out what border security measures are needed, according to the Journal.

DACA aimed to protect from deportation certain immigrants brought to the U.S. illegally when they were children.

Senate aides told the Journal that the plan would provide people who have resided in the U.S. since Dec. 31, 2013, with legal status and a path to citizenship.

The Journal reported that the legislation is similar to House legislation introduced by Reps. Will Hurd (R-Texas) and Pete Aguilar (D-Calif.).
“It’s time we end the gridlock so we can quickly move on to completing a long-term budget agreement that provides our men and women in uniform the support they deserve,” McCain said in a statement to the Journal on Sunday.