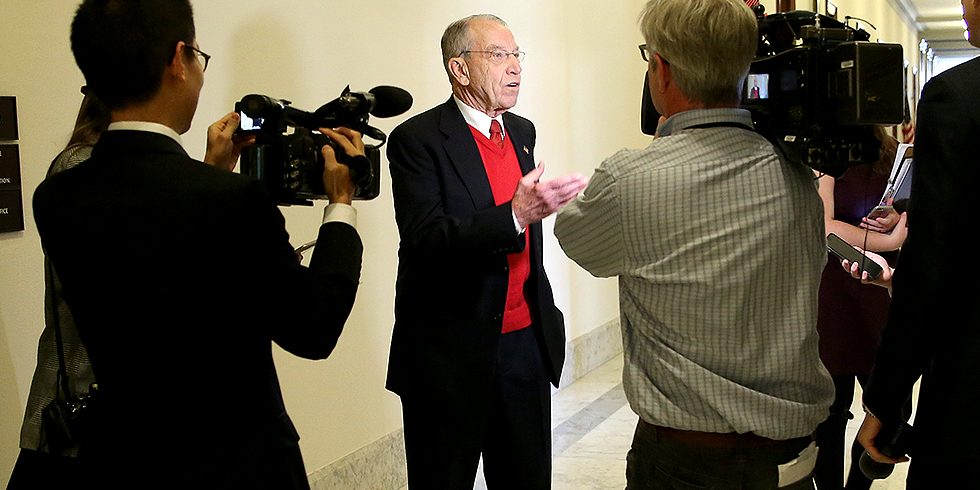 Republican senators Charles Grassley (Iowa) and Lindsey Graham (S.C.) on Monday released a letter they sent to the FBI asking that ex-British spy Christopher Steele be investigated for possible criminal violations. Steele authored the anti-Trump “dossier” that was full of false or unverified information, provided to the FBI and leaked to the press in 2016.

The FBI secretly used the Steele dossier to convince a Foreign Intelligence Surveillance Court to permit one of the most sensitive invasions of privacy against a U.S. citizen: electronic surveillance by the government. Top Obama and Trump officials signed four wiretap applications against Trump adviser Carter Page starting in fall of 2016 — a month before the presidential election — relying, in part, on the dossier. That’s according to House Republicans who, on Friday, released a summary of classified documents they reviewed.

The FBI’s reliance on the anti-Trump dossier is questionable because while the judge was reportedly told the author had political motivations, the FBI allegedly did not disclose who funded it: Donald Trump’s chief opponent in the presidential race — the Hillary Clinton campaign — and the Democratic National Committee.

Not only that, the newly-released criminal referral says Steele actually incorporated information that was funneled to him through Clinton associates and the U.S. State Department where Clinton had served as Secretary of State from 2009 to early 2013. In a memo dated Oct. 19, 2016, Steele wrote that a foreign source who was in touch with “a friend of the Clintons” passed him material through a U.S. State Department connection.

FBI Assistant Director for Congressional Affairs Gregory Bower stated “the FBI cannot and will not weaken its commitment to protecting [redacted].”