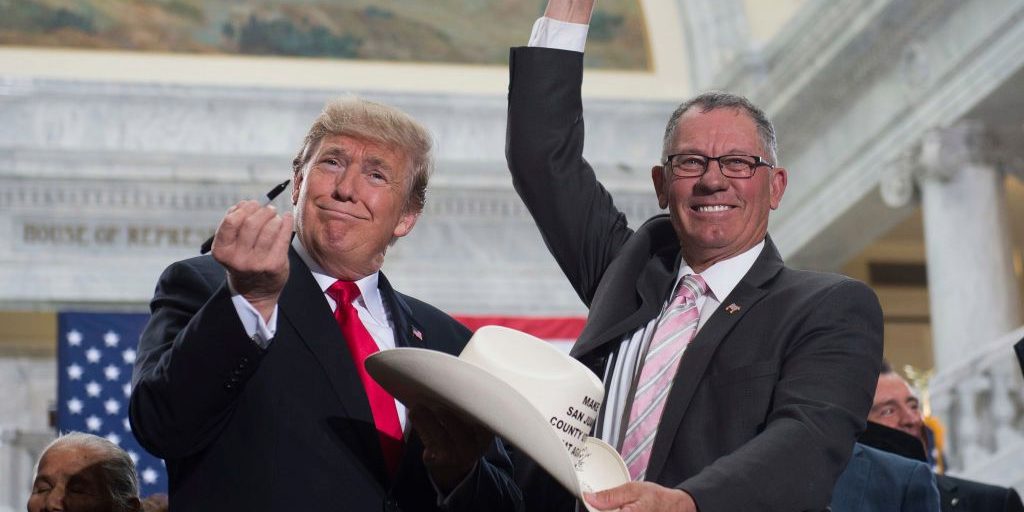 At 9 a.m. EST Friday, the extractive industry will gain drilling and mining access to previously protected American land, according to an order issued by President Donald Trump late last year.

Trump took an unprecedented step for a U.S. president in December — signing a proclamation that dramatically reduced the size of two national monuments. Bears Ears National Monument was cut by more than 85 percent and Grand Staircase-Escalante National Monument was reduced by half. This resulted in the largest elimination of protected areas in U.S. history. The move put tens of thousands of Native American sacred sites at risk, along with key wildlife habitat, and areas used for outdoor recreation.

While the longer-term fate of Trump’s likely illegal action will play out in the courts, also buried in his December proclamation was a provision that on February 2, 2018, the areas excluded from the monuments would become open to private mineral companies to begin staking mining and drilling claims.