Trump as Optimist, Salesman or Bully: Mixing Messages in His First Year 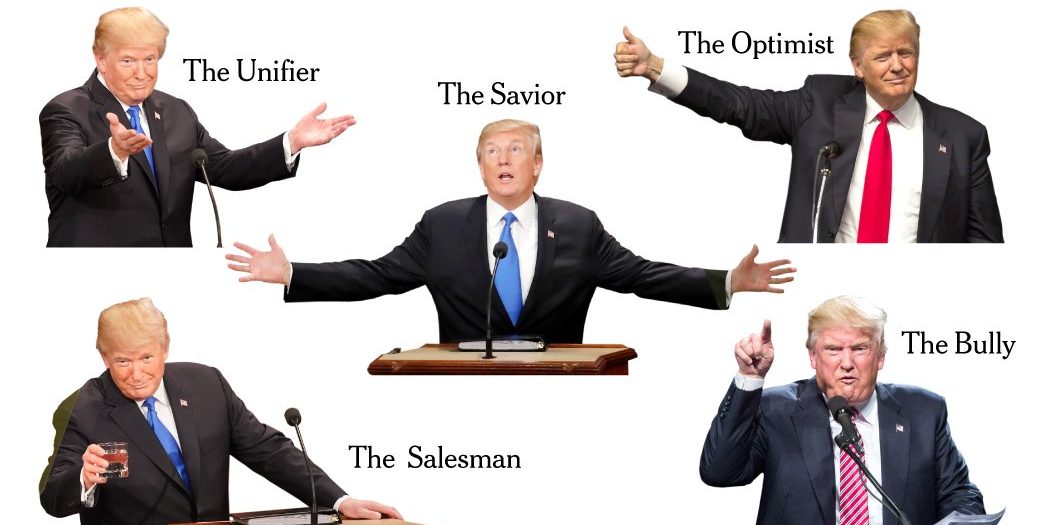 He portrays himself as a unifier and a divider, a pessimist and an optimist. He bullies, blames and boasts. In Twitter posts, official speeches (including Tuesday’s State of the Union address), interviews and rallies, President Trump has presented an array of personalities during his first year in office.

Trump as Optimist, Salesman or Bully: Mixing Messages in His First Year

In Twitter posts, speeches and interviews, President Trump has expressed variety in his tone and viewpoint, sometimes on the same issue.