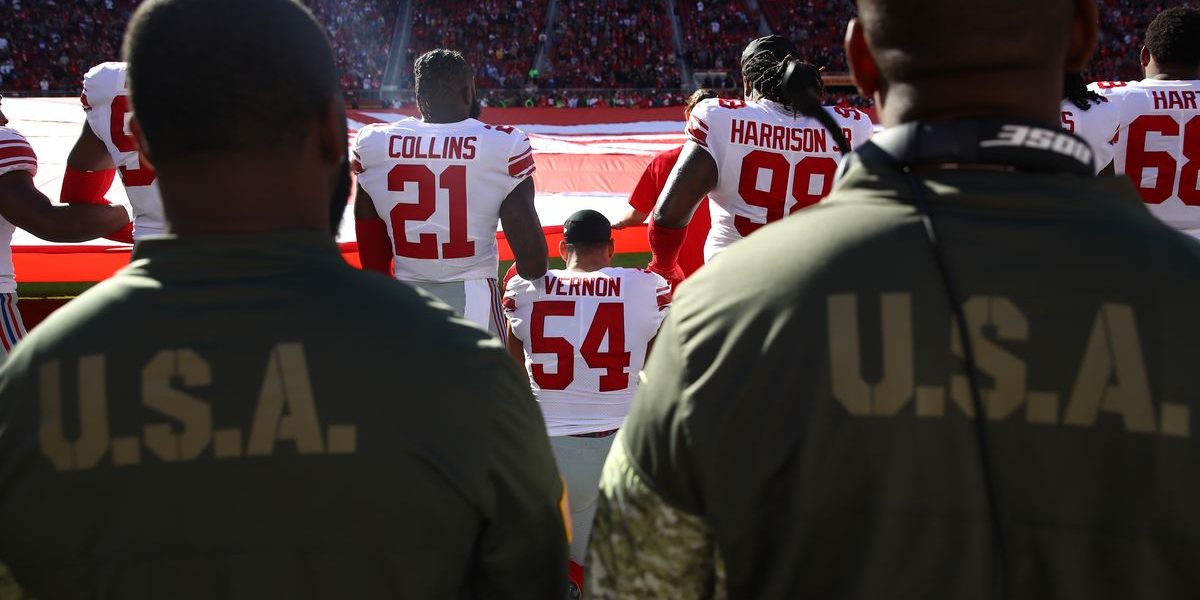 After the last play is run and the lights go off in Minneapolis’s US Bank Stadium, the end of the 52nd Super Bowl on Sunday night will mark the conclusion of a football season dominated by coverage of kneeling football players. The kneeling protests, which sought to draw attention to police violence and racial injustice in America, were condemned by the president, activating a broader debate about race and patriotism in America and serving as a key example of President Donald Trump’s ability to influence public opinion.

Started by then-San Francisco 49ers quarterback Colin Kaepernick in the summer of 2016, the kneeling protests have been controversial from the start, initially drawing criticism from those who viewed Kaepernick’s action as being offensive to the military. (Kaepernick actually shifted the form of his protest from sitting during the anthem to kneeling in an effort to curtail this line of critique. And several veterans openly supported his protests.)

As other players have joined in, the protests have taken on a new dimension over the past few months as President Trump has injected his opinions about NFL players kneeling during the national anthem into the public conversation. During a rally in Alabama for then-Sen. Luther Strange, Trump said any player protesting was a “son of a bitch” that should immediately be removed from the field for disrespecting the flag, the anthem, and the military — and, by extension, America.

As black athletes took a knee, Trump seized an opportunity to weaponize patriotism.