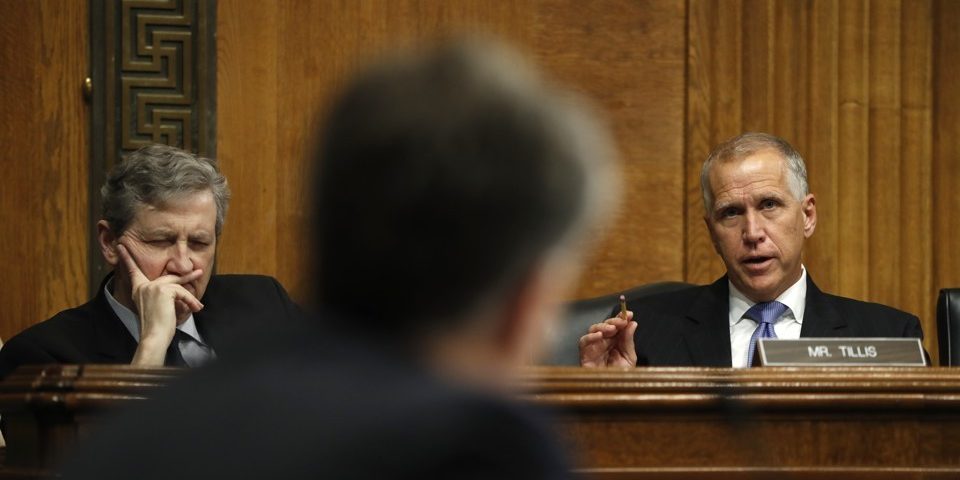 Imagine you’re a member of the U.S. Senate, constitutionally charged with vetting Donald Trump’s nominees to federal agencies and courts. (Don’t panic. It’s only pretend.) More specifically, imagine that you’re a Republican senator, under pressure from your base and your leadership to confirm as many nominees as possible as swiftly as possible.

So what happens when a nominee lands in your lap who is so unqualified, politically toxic, or otherwise problematic that you simply cannot vote “yes”?

For real Republicans serving in the real Senate, this is when things get interesting.

Majority members recognize the political hazards of crossing a president from their own party, not to mention one with an itchy Twitter finger. That said, they also want to avoid being tagged partisan lickspittles willing to swallow whatever this president dishes out. These days, with Republicans taking heat for circling the wagons around Trump even on radioactive matters like the Russia probe, it makes increasing political sense for lawmakers to signal their non-lickspittleness by taking on some of the president’s more alarming nominees.

Republican lawmakers are showing small signs of revolt over the Trump administration’s nominees.