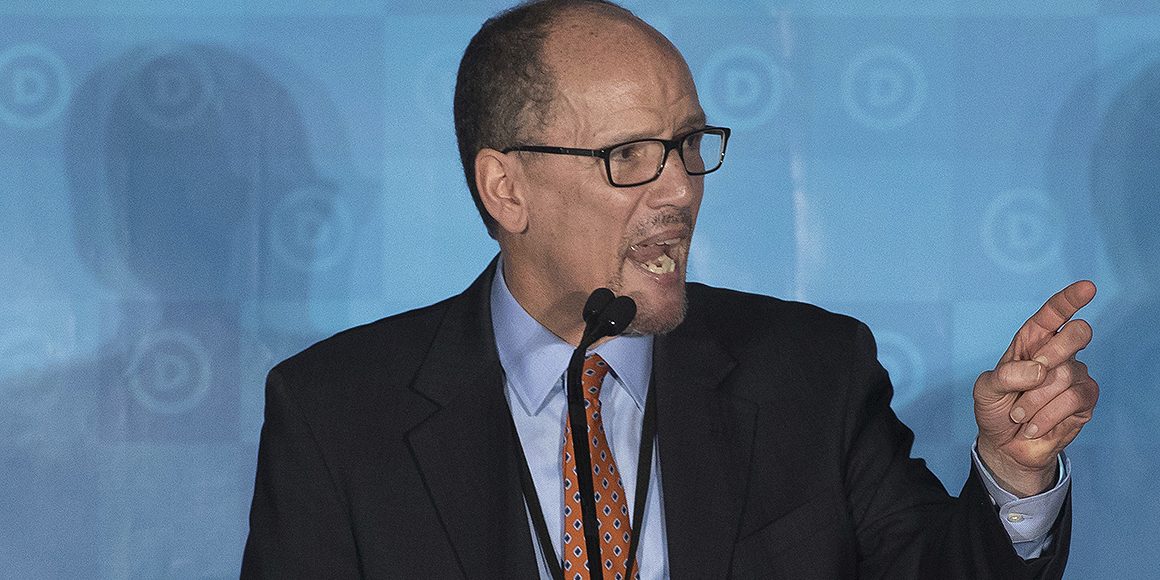 Democratic National Committee Chairman Tom Perez has said repeatedly that the national party shouldn’t, and won’t, endorse in primaries. But on Thursday, he stood on a Long Island stage and endorsed Andrew Cuomo, the New York governor who is facing a challenge from actress Cynthia Nixon.

The decision to pick favorites in a primary pits the DNC chair against the DNC deputy chair, Keith Ellison. And it has re-opened an ongoing internal fight within the party, while giving critics ammunition to question Perez’s leadership.

The New York race isn’t just any two Democrats fighting for the nomination: Nixon is making her race explicitly about a challenge from the left and the new progressive energy of the party that she says Cuomo is out of sync with. And she’s doing it with the support of many progressives in the state who identified with Bernie Sanders’ campaign.

The DNC chairman pits himself against Vice Chairman Keith Ellison by intervening in the Democratic primary for New York governor.