Children are being torn from their parent’s hands 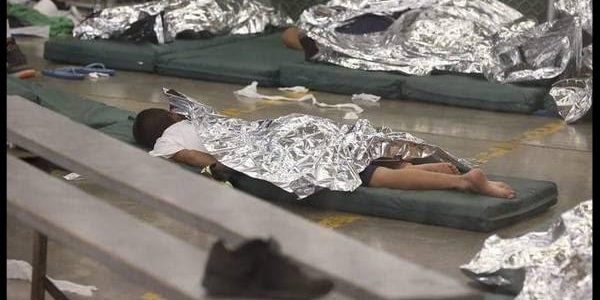 Perhaps the most disgusting thing this administration has done to date is implementing the “Zero Tolerance” policy, taking children from their parents in order to “deter” asylum seekers from arriving our borders. They aren’t just taking these children, they are jailing them “in cages” according to Oregon Senator Jeff Markley.
Call Secretary of Homeland Security Kirstjen Nielsen to express your outrage over the refusal and separation of families. You can leave a message for her on the DHS comment line at (202) 282-8495
Please also call the Office of Refugee Resettlement at (202) 401-9246 to demand access to detention facilities for Senator Merkley and others to do oversight.
Background:
Over the weekend, Senator Merkley traveled to an immigration detention facility and was denied entry. New Jersey Senator Bob Menendez also tried to tour the same facility and was refused. Watch the video here.
Let Secretary of Homeland Security Kirstjen Nielsen know that we find both the refusal and the separation of families unacceptable. It is time for this policy to stop and that we demand Secretary Nielsen appear before the House Judiciary committee to answer questions on the oversight of these children and families, many who come seeking asylum, which has never been considered a crime before now. She was scheduled to appear, but mysteriously cancelled without rescheduling.
Leave a message for Secretary Nielsen on the DHS comment line at: (202) 282-8495.
Thank Senator Merkley ( https://www.merkley.senate.gov/connect ) and Senator Menendez ( https://www.menendez.senate.gov/contact ) for standing up.
There has been a barrage of tweets and calls to action with the hashtags #WhereAreTheChildren and #MissingChildren in reaction to the treatment of immigrant children. Read here, children being taken from their migrant parents at the border, and about proposed rallies . – The Washington Post
Support ACLU ’s efforts to stop the abuse of immigrant children.
Category: Newsletter HighlightsJune 7, 2018Leave a comment

Lecture for Sustainability: A virtual conversation with Naomi Klein