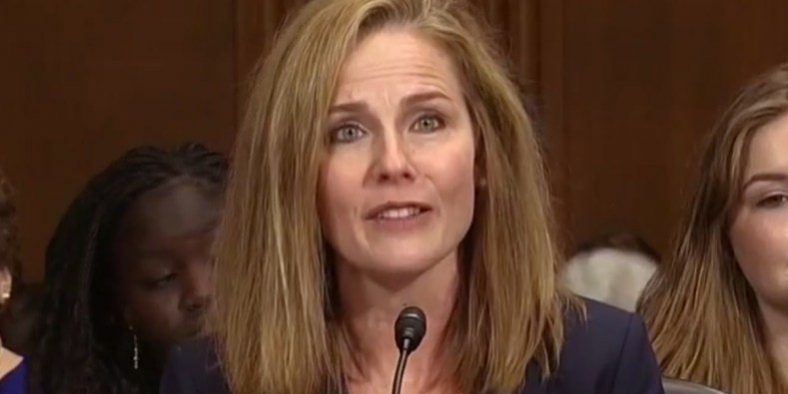 Barrett is also a member of the conservative Federalist Society which is “a conduit for judicial nominees to the Trump White House. More than 70 law professors across the country signed a glowing letter of endorsement. A separate letter of endorsement was signed by all of her fellow faculty members.”

During her Senate confirmation to the U.S. Court of Appeals for the Seventh Circuit in Chicago in 2017, Barrett said she was a faithful Catholic and told senators that her faith wouldn’t interfere with her job as an appellate judge. However, the fact that Barrett belonged to People Of Praise never came up during the confirmation process. If it had, Barrett might have faced more intense scrutiny.

Legal scholars say that such loyalty oaths raise questions about a judge’s impartiality and independence.