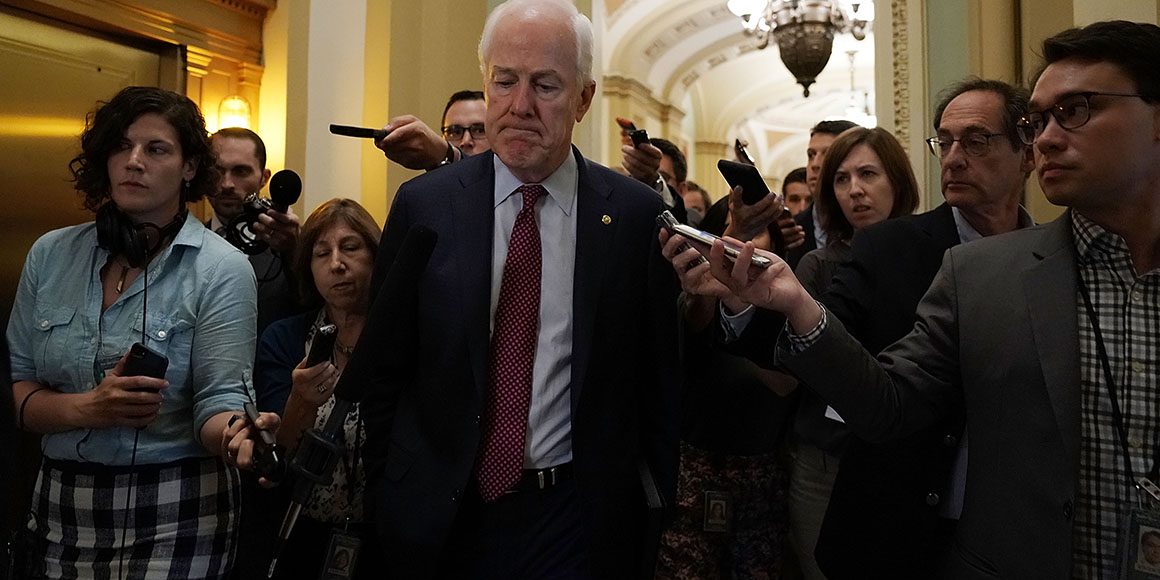 Top Senate Republicans sent dueling signals on Thursday about whether it would be safe for President Donald Trump to fire the attorney general he can’t stand.

GOP leaders moved quickly to quell a rebellion against Jeff Sessions after Sen. Lindsey Graham of South Carolina and Judiciary Chairman Chuck Grassley of Iowa signaled publicly that they’d be willing to give Trump what he wants and confirm a new attorney general after the midterms — even at the cost of betraying a former Senate colleague.

“Do we really want to go through that kind of confirmation fight? Is there anybody we can confirm? Our conference supports Jeff,” Sen. John Thune of South Dakota, the No. 3 GOP leader, said in an interview with POLITICO. “Our members are behind him. At least that’s the message they’ve tried to convey to him.”

As the president renewed his attacks on his attorney general, two Senate Republicans indicated they’d be open to replacing him — sparking a quick smackdown from GOP leaders.