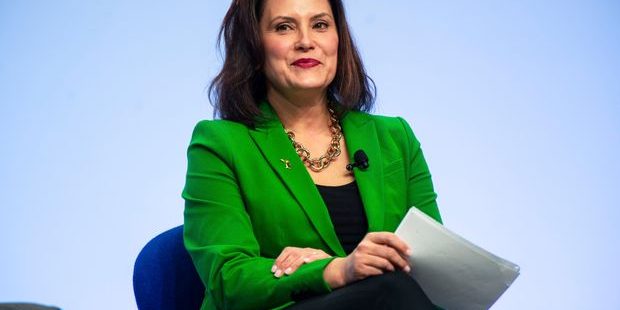 Today in a 22-16 party-line vote, the Michigan Senate approved a resolution to “disapprove” Governor Gretchen Whitmer’s executive order to morph the Department of Environmental Quality (DEQ) into the Department of Environment, Great Lakes, and Energy (EGLE). Last week the Michigan House of Representative also rejected Governor Whitmer’s Executive Order.
The goal of the Executive Order was to overhaul the state’s environmental department, in wake of the issues facing the state of Michigan. Currently the DEQ is overseen by various panels called Advisory Boards or Committees. The members of these boards are often from high polluting industries, and by being on these commissions they have an input in how the government manages our state’s resources. For example the Air Advisory Council has members from chemical companies, the auto industry, and the oil and gas industry – those industries who are often polluting the air. “The Air Advisory Council (AAC) provides meaningful input and guidance to the Air Quality Division (AQD) thereby assisting in the wise management of the State of Michigan’s air resources.”
“Republicans call the abolishment a de facto veto of bills the Legislature adopted last year under Whitmer’s predecessor, Rick Snyder. They argue that such commissions — backed by powerful groups such as the Michigan Chamber of Commerce — bolster transparency and check the environmental agency’s power, which Republicans and business interests complain can be overzealous.” Separately, Republicans also said they want Whitmer to more clearly define “environmental justice” if she issues a new order.”
This vote marked the first time since 1977 the Michigan Legislature rejected a governor’s executive order.
Read More/Source: https://www.bridgemi.com/public-sector/michigan-republicans-kill-gov-gretchen-whitmers-environmental-overhaul-plan
Category: Newsletter HighlightsFebruary 14, 2019Leave a comment