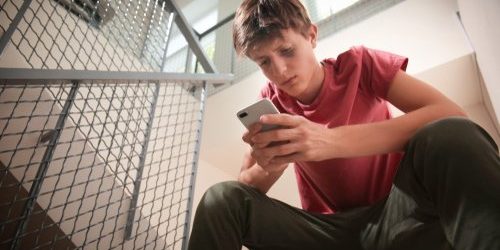 by Sonya Lewis, MD, MPH
Critical bills that could help stem the alarming rise in Michigan’s suicide rate were recently introduced to the Michigan Legislature. Enactment of Extreme Risk Protection Order (ERPO) legislation, packaged as H.B. 4283 -4285 (referred to the House Judiciary Committee) and S.B. 156 -158 (referred to the Senate Government Operations Committee), would allow law enforcement and concerned family members to ask a judge to temporarily prohibit individuals known to be at risk of harming themselves or others from purchasing or possessing guns. ERPO type bills are also commonly known as Red Flag laws or Gun Violence Restraining Orders.
Tragically, Michigan’s overall suicide rate has paralleled national trends, increasing 33% between 1999 and 2016. Firearms are the most common method of completed suicide in the United States. Suicide frequently occurs in moments of intense despair, often with very little time passing between impulse and action. Self-inflicted gunshot wounds are lethal in approximately 85% of cases. When a distraught person has easy access to a loaded gun, the results can be catastrophic. However, many individuals exhibit risk factors and warning signs prior to engaging in acts of self-harm, thereby creating opportunities for intervention. ERPO legislation can protect those in crisis by preventing access to deadly firearms.
Research has demonstrated that ERPO style laws are effective. A 2016 study evaluating Connecticut’s law estimated that one suicide was prevented for every ten to twenty risk warrants served. ERPO bills are also popular. 70% of Michigan voters surveyed in a 2018 EPIC-MRA poll stated they held favorable opinions of ERPO legislation. Following last year’s mass shooting in Parkland, Florida, nine states passed ERPO legislation, bringing the total number of states enacting these laws to 14. Of note, ERPO bills have attracted bipartisan support.
Please contact your Michigan representatives and senators as well as members of the House Judiciary and Senate Government Operations Committees to demand that H.B. 4283-4285 and S.B. 156-158 be brought to a full vote in the Michigan Legislature. Suicide is a public health crisis in our state and across the nation. ERPO legislation can save lives. We must act now.
If you or someone close to you are in crisis, contact the National Suicide Prevention Lifeline at 1-800-273-8255.
Categories: In The Spotlight, Newsletter HighlightsMarch 21, 2019Leave a comment
Tags: congressMichiganPEGpoliticsprogressiveSenatesuicide