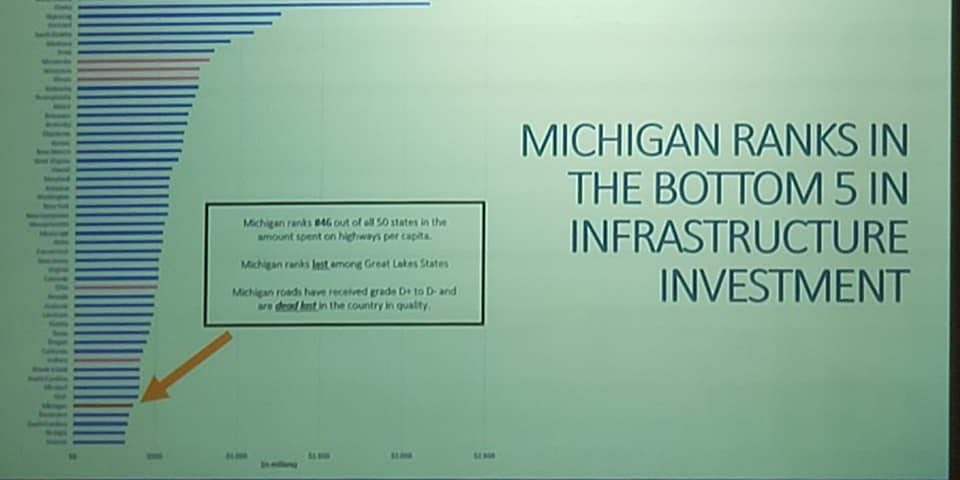 Here is a summary of what went on at this week's discussion on Governor Whitmer's plan to "fix the doggone roads" by Washtenaw County Commissioner, Ricky Jefferson.

The presentation was an overview of the road funding component within Governor Gretchen Whitmer's budget plan for raising 2.5 billion to invest in road safety, commerce, travel time and quality of life for all of us. Experts say $2-plus billion is needed to fix our roads. The 2015 budget final package was $1.2 billion, and ramped up gradually – actually, the full $1.2 billion doesn’t kick in until 2021.

Lt. Governor Garlin Gilchrist and the new MDOT Director Paul Ajegba shared with the audience in the packed auditorium, pertinent information about the proposed gas tax increase to be used for fixing the doggone roads. He shared that the 2019 General Fund is $10.76 Billion. This amount is equal to the year 2000 General Fund. The Michigan General Fund would have increased by $5 billion if it had merely kept up with inflation since 2000. The 10-year plan will be a return us to a predictable, constitutional and dedicated road funding model. Right now portions of the School Aid Fund is being allocated to the General Fund and then being moved to the Transportation Fund for use on our roads. With the tax increase in place, our School Aid Fund will return to funding Public Universities 100% and it will return $500 million to the General Fund which is the amount of the General Fund portion of the $1.2 billion 2015 package, to be invested in K-12 and community colleges. Michigan kids are falling behind. Michigan 4th grade reading proficiency is rated last in the Country. Michigan ranks 46 in all 50 States in spending on highways per capita and lasts among the Great Lake States. Michigan roads rate a D+ to D- and is dead last in road quality and ranks in the bottom 5 in infrastructure investments.
The tax will be assessed in 3 increments beginning with 15 cents on October 1, 2019, and 15 cents April 1, 2020, and the final 15 cents on October 1, 2020.

The 45 cent increase is estimated to add an average expense of $23 a month per driver. In an attempt to offset the increased expense the Governor's budget includes qualified retirees to receive an average of $65 per month from the repeal of the tax on retirees pensions It calls for a doubled amount of Earned Income Tax Credit for low-income families who will receive an additional $30 per month. The average driver will reduce car repairs due to failed road conditions by an estimated $562 per year.

Other methods were suggested to fund roads such as a business tax or using the Marijuana tax, but each method would only produce hundreds of thousands and would not cover the billions needed to fix the roads.

The result of the impact of the presentation on those in attendance who shared their thoughts with me, not nearly all of them, the majority, not all were against a 45 cent gas tax increase. 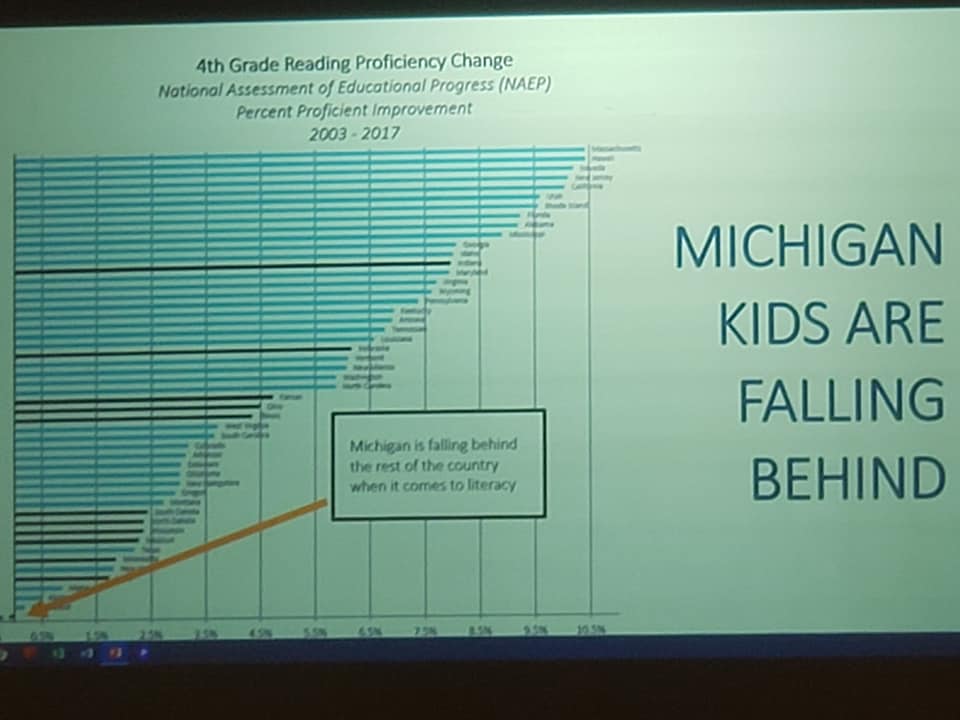 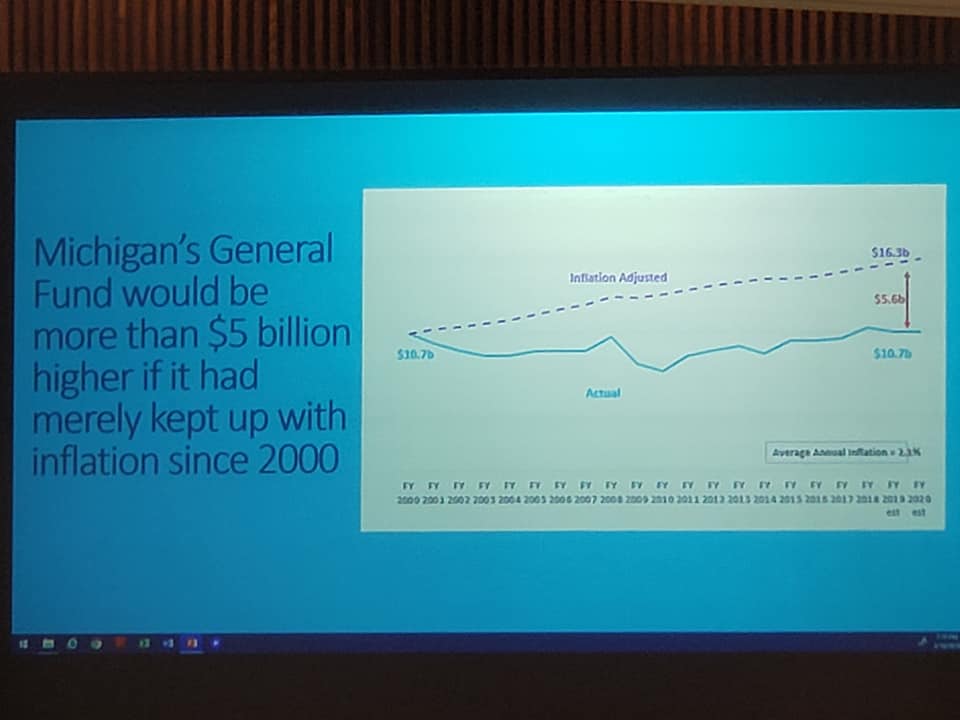 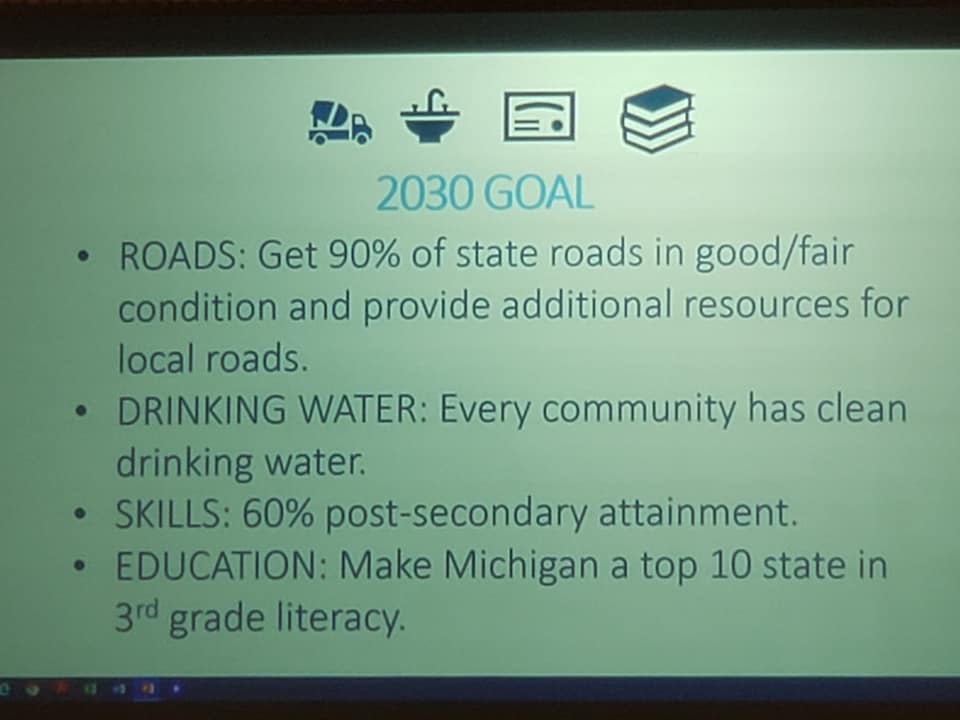 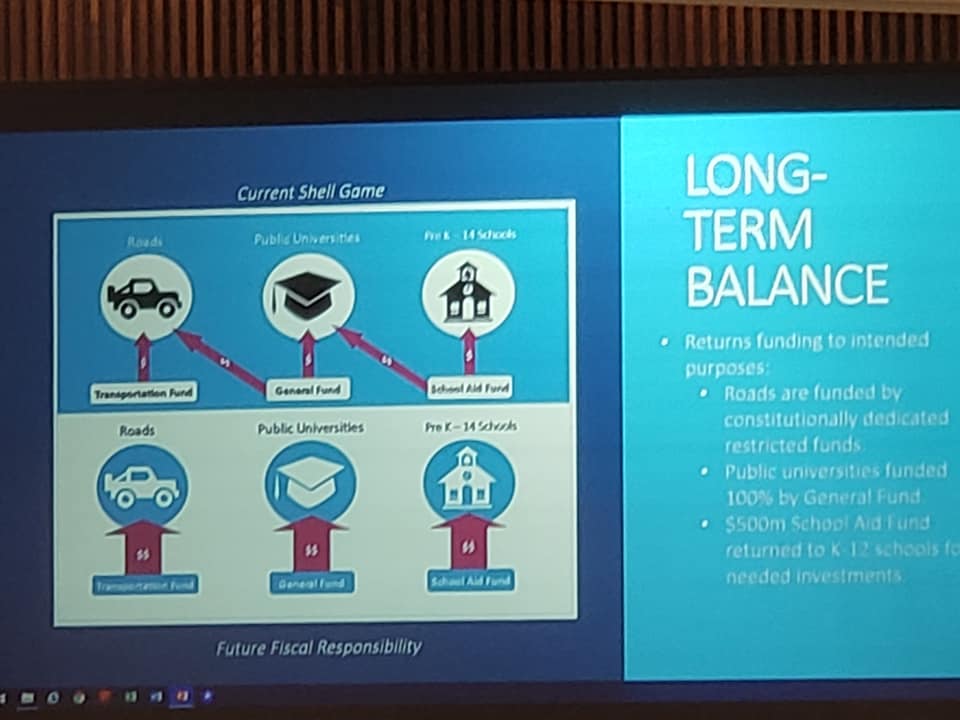