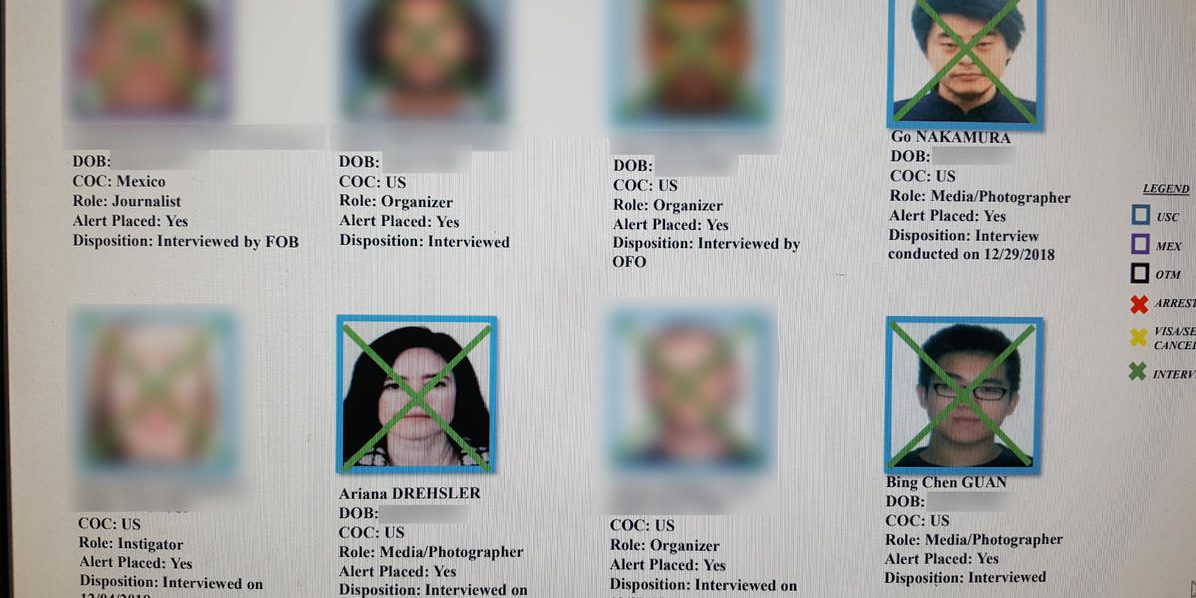 🚨 Journalists, attorneys and activists are being tracked and detained by U.S. authorities at the border, and the U.S. Government has put together a secret database of people to target.

Apparently, our government cannot keep track of separated children, but has the time and resources to do this? Let’s tell our Members of Congress to launch an investigation on this latest attack of our First Amendment rights.

The documents detail an intelligence-gathering effort by the United States and Mexican authorities, targeting more than 50 people including journalists, an attorney, and immigration advocates.