The real cause of the recent mass shootings in America 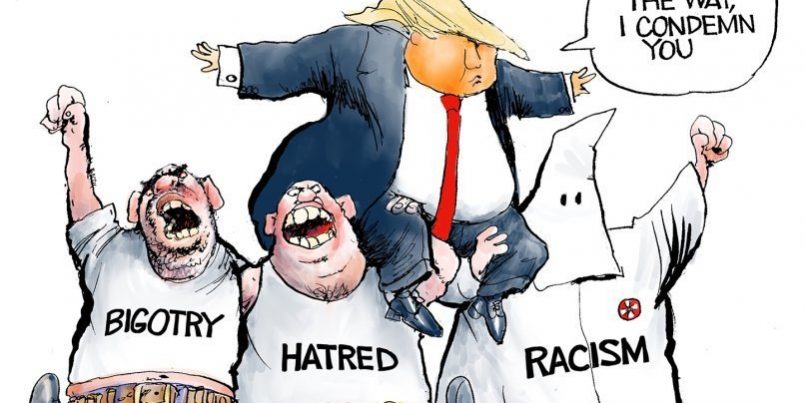 The Trump campaign paid for more than 2,000 Facebook ads since January 2019 that included the word “invasion” in relation to immigration. The campaign has spent roughly $1.25 million on Facebook ads about immigration since late March, a significant portion of the nearly $5.6 million the campaign spent on Facebook ads overall during that same period. “We have an INVASION!” many of the ads say in large letters. “It’s CRITICAL that we STOP THE INVASION.” While there is no evidence that Trump’s campaign messaging directly influenced the shooter in the white supremacist terrorist attack that left 22 people dead and dozens injured in El Paso, the shooter declared in his manifesto that “this attack is a response to the Hispanic invasion of Texas.” ( Media Matters / New York Times / The Guardian / USA Today /VICE News )

A Conversation with Josh Douglas about Voting Rights