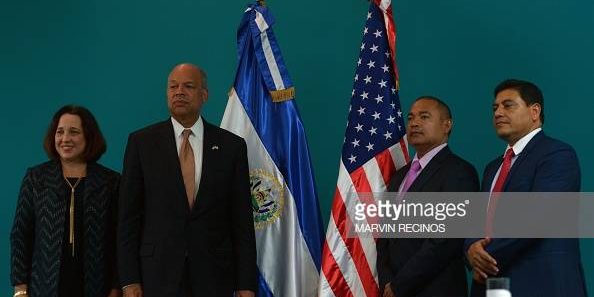 The administration has been adamant about ending Temporary Protected Status (TPS) programs, which have also been granted to Haitians, Hondurans and others. El Salvador is the only country whose nationals have received a reprieve.

A U.S. District Court in Northern California last October blocked the Department of Homeland Security from terminating TPS for those from El Salvador and a handful of other countries. Administration officials have sought to dismantle the program as part of their wider efforts to reduce immigration. TPS offers recipients protection from removal and the right to work legally in the United States.

On Monday, the Trump administration extended temporary protected status for thousands of Salvadorans in the United States, granting them reprieve from removal to El Salvador.  Work permits for Salvadorans will be extended for 1 year after “the conclusion of TPS-related lawsuits.” They will be allowed to remain and work in the U.S. until January 2022.

However, such asylum agreements with individual countries may not matter due to a U.S. Supreme Court ruling last week allowing the Trump administration to move forward on implementing a policy that would effectively end asylum at the U.S. southern border. While not a final ruling, Trump officials can now bar almost any migrant who does not seek asylum in another country first before seeking asylum at the U.S.-Mexico border.  The president trumpeted the ruling as a “BIG United States Supreme Court WIN for the Border on Asylum!”