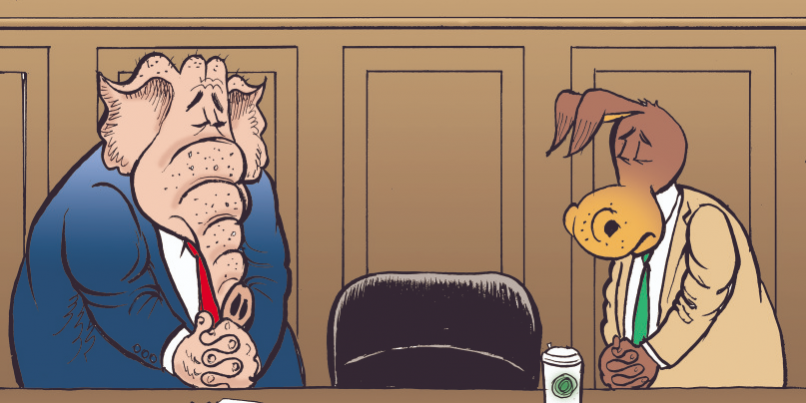 This week, U.S. House Speaker and Baltimore native Nancy Pelosi mourned the death of Rep. Elijah Cummings, calling the congressman a “north star” who lived the American dream. She issued a statement in which she wrote, “The people of Baltimore, the US Congress and America have lost a voice of unsurpassed moral clarity and truth: our beloved Chairman Elijah Cummings.”

The longtime Maryland representative was one of seven children whose parents were sharecroppers on land where their ancestors were enslaved. The family moved to Baltimore in the late 1940s. Cummings said he had had just a single one-on-one conversation with the president in 2017 when both were working on plans to lower drug prices. He recalled saying: “Mr. President, you’re now 70-something, I’m 60-something. Very soon you and I will be dancing with the angels. The thing that you and I need to do is figure out what we can do — what present can we bring to generations unborn?” – Baltimore Sun

Michigan’s longest serving governor (1969-1983), William Milliken passed away this week at the age of 97. Though he was a Republican who never formally left his party, as a champion for conservation, social justice and urban affairs, over the decades he grew apart from the party. Under his leadership, the Natural Resources Trust Fund was established and Michigan became the first state to ban DDT and PCB. He marched with Dr. Martin Luther King in Detroit in 1963 and promoted the concept of “One Michigan.”

According to Bridge Magazine, The Michigan Republican Party noted his “kindness and civility,” while Lana Pollack, a Democratic former state senator and former president of the Michigan Environmental Council, called him “the best good guy I ever knew in politics. He’s everything you want your kids to grow up to represent….At a time like this,  we need to remember that there can be good guys in government.” – Bridge Magazine