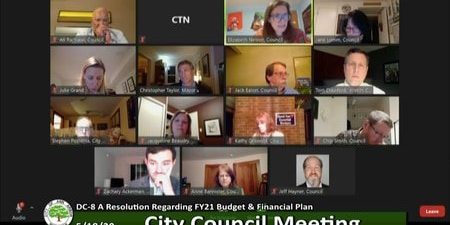 During an eight-hour meeting with tense moments and conflict, Ann Arbor City Council members were divided on details of a COVID-19 financial recovery plan.
The 7-4 vote to approve the plan came after 1 a.m. Tuesday, May 19, with Mayor Christopher Taylor and his allies — Zachary Ackerman, Julie Grand, and Chip Smith — opposed.
It wasn’t until then that council began its annual budget deliberations, getting to work on cutting city spending to address a potential budget shortfall of over $10 million for the fiscal year 2020-21.
While the major substance of the recovery plan endorsed by the council includes measures such as a city hiring freeze and pay cuts, much of the council’s debate revolved around a single resolution clause to undo funding guarantees for affordable housing, climate action and pedestrian/bicycle safety. Council members Jane Lumm and Kathy Griswold pushed for flexibility on how to spend those dollars. Read more here. – Mlive.com
Categories: CORONAVIRUS, In The Spotlight, Newsletter HighlightsMay 21, 2020Leave a comment
Tags: ann arborCoronavirusCOVID 19COVID19governmentMichiganpolitics