You are here:
CORONAVIRUSNewsletter Highlights 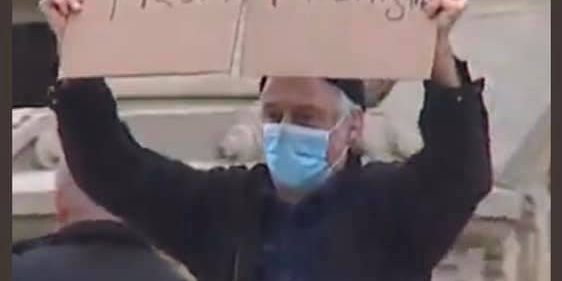 Despite Michigan Attorney General Dana Nessel’s issuance of a formal legal opinion stating that the Michigan Capitol Commission has the authority to ban guns in the State Capitol, the Commission decided not to take a position on this issue at a May 11th meeting, and instead opted to create a new committee to examine it further.

This non-decision comes just days after armed protestors entered the Capitol building and carried rifles up to the balcony, where they looked over and yelled at lawmakers working on the Senate floor. Describing the experience, Senator Dana Polehanki (D, Livonia) tweeted, “Directly above me, men with rifles yelling at us. Some of my colleagues who own bulletproof vests are wearing them. I have never appreciated our Sergeant-at-Arms more than today.” Polehanki has since introduced a resolution to prohibit the carrying of guns in the Capitol.

As this important debate is deferred, hate speech and threats of violence have been erupting at the Capitol and on social media. Metrotimes reported that commenters in several Facebook groups have made explicitly violent threats against both Governor Whitmer and Attorney General Nessel.

When interviewed Wednesday morning on “The View,” Whitmer said that the Capitol protests resembled “political rallies that feature Confederate flags, Nazi symbolism, and calls for violence.” Whitmer also noted, “The Michigan Capitol is one of the few capitols in the country where people can come bearing arms.”

Whitmer has denounced threats of violence and has appealed to officials and the public to “tamp down angry rhetoric” and “lower the heat” as her administration continues to tackle the COVID-19 public health and economic crises. This morning’s rally yielded a few hundred people (after estimating a crowd of 8,000), presumably due to inclement weather. However, there have been tweets referencing a raindate to gather at the capital on Monday, May 18.