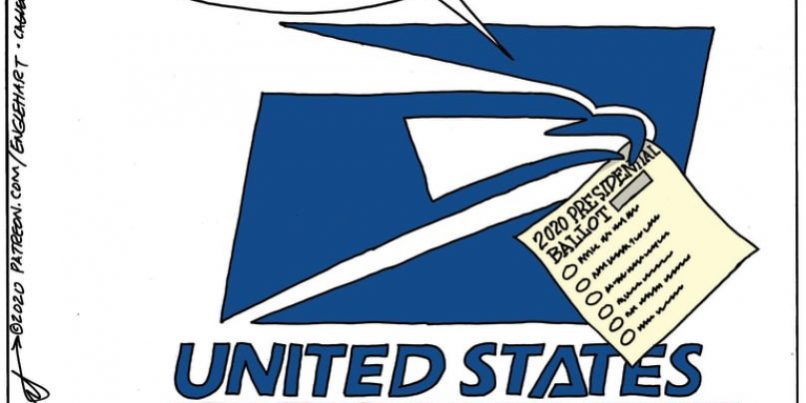 The United States Postal Service is one of our government’s oldest and most reliable entities. The postal system was established on July 26, 1775, by the Second Continental Congress, with Benjamin Franklin as its first postmaster general. Today, the United States has over 40,000 post offices and the postal service delivers 212 billion pieces of mail each year to over 144 million homes and businesses in the United States, Puerto Rico, Guam, the American Virgin Islands, and American Samoa. The postal service is the nation’s largest civilian employer, with over 700,000 career workers, who handle more than 44 percent of the world’s cards and letters. The postal service is a not-for-profit, self-supporting agency that covers its expenses through postage (stamp use in the United States started in 1847) and related products.
A few important facts about the postal system include:
Additional facts about the US Postal Service can be found here.
MoveOn.Org explains the urgency for Congress and the White House to fully fund the United States Postal Service in the next stimulus bill. Private companies won’t deliver to certain remote areas because it’s not profitable to do so, but the Postal Service is obligated to serve all Americans regardless of where they live— and, right now, the Postal Service is delivering lifesaving medications and food, supporting voting by mail-in primary states and helping other services necessary for our nation to continue to operate.
Please join with MoveOn.org to sign the petition and demand that Congress and the White House fully fund the United States Postal Service in the next stimulus bill.
Categories: CORONAVIRUS, In The Spotlight, Newsletter HighlightsMay 21, 2020Leave a comment
Tags: absentee votingcongressCoronavirusgovernmentpeoplepoliticsprogressiveUnited Statesusps