Whose ballot is more likely to be rejected? 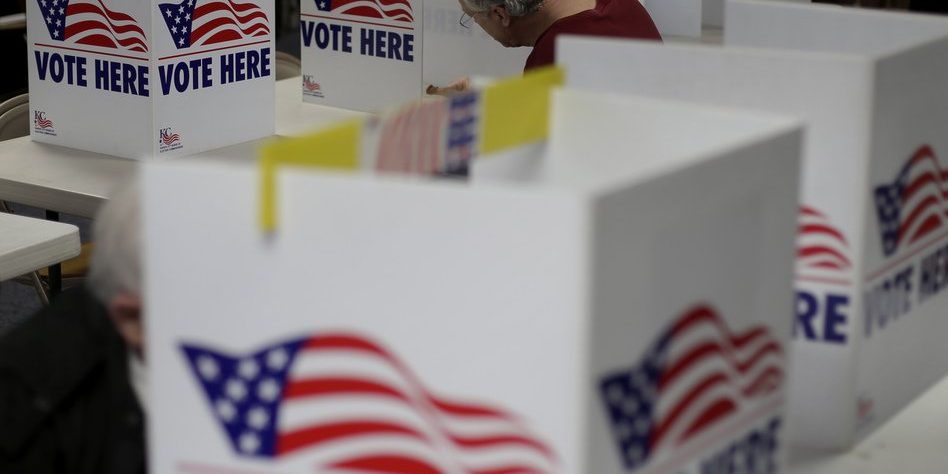 Voting by mail has been championed — rightly, experts say — as the safest way to participate in the 2020 election while the nation remains under threat from the coronavirus. However, voting by mail disproportionately disenfranchises voters of color.
In 2013, the Supreme Court gutted the Voting Rights Act, allowing states and counties with a history of discrimination to run their elections without federal oversight. More than 1,600 polling places closed between 2012 and 2018 in those areas. In addition, many states have worked to aggressively purge their voter rolls, while other states have deployed new and restrictive laws in the name of preventing fraud, despite the lack of evidence that fraud pervades American elections.
Some states are working feverishly to make changes before the November election to help protect voters from COVID-19, such as expanding their mail and absentee voting systems while reducing the number of polling locations as well as the potential increase in evictions, risk supersizing the issues of racial discrimination and disenfranchisement that Black, Hispanic and other voters of color have already spent generations fighting.
As many as 64 percent of Americans are expected to vote by mail this year, according to a group of researchers at Harvard, Northeastern, and Rutgers universities, as well as the Harvard Medical School. That’s a huge increase over the 23 percent who voted by mail in 2018, according to census data. House Democrats included $3.6 billion for election funding as part of a $3 trillion coronavirus relief package the chamber passed in May, but Senate Republicans have been resistant to providing local governments with cash to help conduct elections.
The U.S. Election Assistance Commission estimates the national average absentee ballot rejection is 1.4 percent, while states that vote in all-mail elections have rates lower than 1 percent. But in primary races during the pandemic so far, states and counties are seeing higher than normal absentee ballot rejection rates. In New York City, 21 percent of mail-in ballots were rejected, according to city election data.
Smith’s research — which is ongoing — has found that people of color, younger voters and those who have never voted by mail, are significantly more likely to have their ballots rejected and that the inconsistent rejection rates within states suggest institutional issues are to blame, not voter error.
The most common reason ballots are rejected is that they ARRIVE LATE. Mail service is less reliable in lower-income communities, and many Native American reservations do not have home delivery addresses used for mail voting. The pandemic has stressed mail service across the board, and amid the fiscal crisis, the U.S. Postal Service has ordered recent changes that are expected to slow the mail service. Another factor is ACCESS TO STAMPS AND APPLYING THE CORRECT AMOUNT. Seventeen states cover voters’ return postage, while the majority of states do not. Some states have decided to foot the bill for postage for the presidential election, but there are inconsistencies within states, too. In Florida and Michigan, some counties have said they’ll pay for postage, while voters elsewhere must find their own stamps. People’s LACK OF EXPERIENCE IN ABSENTEE VOTING is another data point that worries advocates. People who have never voted absentee are also more likely to make unconscious mistakes, voting rights advocates said, and historically. VOTER EDUCATION about the processes varies greatly between parties and among locations. Lastly, bias shows up in ELECTION ADMINISTRATION itself. Studies find that voters with putatively Hispanic names are less likely to have election questions answered by officials and that Black and Hispanic voters were more likely to be asked for voter ID at the polls.
Advocates of mail voting say KEY REFORMS — including using software for signature verification, voter roll maintenance, automatic voter registration, and giving people a chance to fix ballots with errors — can cut down on bias and disenfranchisement. Everyone agrees public education efforts by campaigns and public officials would also help.
Categories: In The Spotlight, Newsletter HighlightsAugust 13, 2020Leave a comment
Tags: equalitygovernmentpeoplepoliticsUnited Statesuspsvotevotervoting