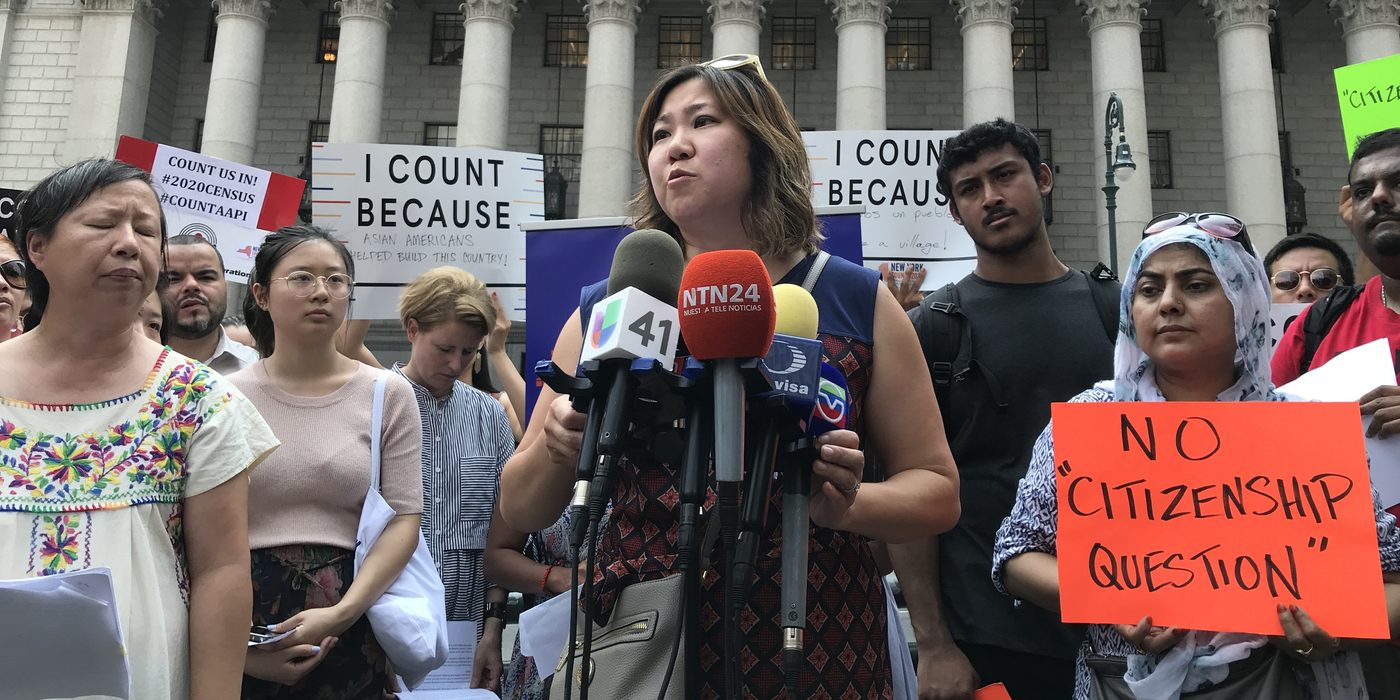 by Leslie Kamil
The 2020 Census has been a political tug-of-war, with the Trump administration seeking to restrict its ability to include undocumented immigrants and marginalized communities in general. Check out this “deep dive” into the story, and the importance, of the census.

Importance of the Census

Each state’s share of the 435 seats in the House of Representatives, as well as each state’s Electoral College votes are determined by the Census.

The 2020 census got off to a rough start due to COVID-19 with many date changes throughout the process.  Because of the pandemic, the Census Bureau changed its deadline for wrapping up the once-a-decade head count of every U.S. resident, from the end of July to the end of October. This date was also changed to the end of September. This change resulted in several lawsuits and finally resulted in the Supreme Court stated that counting would end October 15.
When the Bureau changed the dates, it also extended the deadline for turning in the apportionment numbers, from the end of December to the end of next April, giving bureau statisticians five months to crunch the numbers. However, in late July and early August, officials at the Commerce Department, which oversees the Census Bureau, announced field operations would finish at the end of September and the apportionment numbers would meet the congressionally-mandated deadline of December 31.
In July, Trump issued a memo that called for the exclusion of unauthorized immigrants from the census. Three lower Federal courts, in New York, California and Maryland have rejected the president’s move as unconstitutional. The Trump administrator filed suit in the Supreme Court for a final determination of this issue. Trump requested a separate tally of unauthorized immigrants, with the intention of subtracting those numbers from the state totals ahead of reporting to the lower chamber.

The Census Bureau has been working with a shortened schedule of two and a half months for processing the data collected during the 2020 census — about half the time originally planned.
On November 19, the director of the Census Bureau stated that irregularities have been found during the numbers-crunching phase of the 2020 census. This development, although it has happened in the past, jeopardizes the statistical agency’s ability to meet the December 31 deadline for handing in numbers used for apportioning congressional seats. The Census Bureau said it would not comment further.
The White House is required to send a state-by-state count to the House early next year to move forward with reallocation.
Three bureau officials told the Times that the bureau informed the Department of Commerce that the president’s request for state-by-state data on the population could not be fulfilled before he leaves office. Missing the December 31 deadline for turning in the apportionment numbers would be a blow to President Donald Trump’s efforts to exclude people in the country illegally from being counted. These numbers are used to determine how many congressional seats each state gets and how $1.5 trillion in federal spending is distributed.

On November 30, the Supreme Court heard arguments on a question that goes to the heart of American democracy: Must the government count everyone living in the country, citizens or not, in the census totals that the House of Representatives uses to reallocate its 435 seats among the states?

Federal law gives “virtually unfettered discretion” to the Commerce Department, the federal agency that oversees the Census Bureau, to decide what data is used in counting individual residents of states. Trump has also stated that states with undocumented immigrants should not benefit from federal funds for those individuals.

For 230 years, the census totals used to apportion Congress have included all residents. Non- citizens have been counted in every census since the first census in 1790. Framers excluded “Indians not taxed” but left all other people, including noncitizens, intact. Trump has no authority to deduct unauthorized immigrants from the census. In addition, Article 1 Section 2 of the Constitution and the 14thAmendment require that House seats be allotted according to the whole number of persons in each state.

The NY Times article reported that the Court “Reacted with frustration and some confusion to Trump’s plan to exclude unauthorized immigrants from the calculations used to allocate seats in the House.”  Some of the Justices have stated that the case is premature.

How will the number of undocumented immigrants be determined?

Many who are undocumented try to keep a low profile to avoid possible deportation. Sifting through federal and state records that show conclusively who is a citizen, and by implication who is not, is difficult, time-consuming and basically a guess. Compilations of people marked for deportation do identify people who are in the country illegally, but these tallies are a small fraction of the entire population of unauthorized immigrants.

How will the Supreme Court interpret the forefathers’ meaning of “counted all residents”?

What is at stake with the Supreme Court decision? Allocation of political power!