How to watch the 59th Presidential Inauguration… 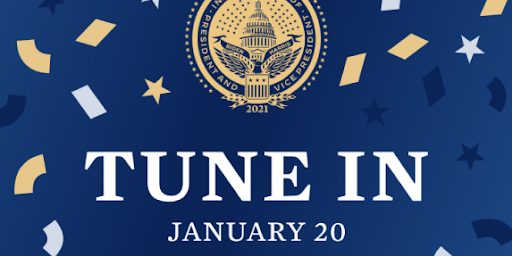 How to watch the 59th Presidential Inauguration

The virtual inauguration is likely to be streamed by every major news station and shared on platforms like Facebook Live, Twitter and YouTube. It will be hard to miss. There will also be a televised virtual parade featuring performances from people throughout the country reflecting the diversity, heritage and resilience of our country.
The physical ceremony will be held at the west front of the US Capitol in Washington, DC on the same risers in the same spot where a violent, pro-Trump mob descended January 6th.

To know more details about the inauguration, visit the official site or stream it on their Facebook page. bideninaugural.org/