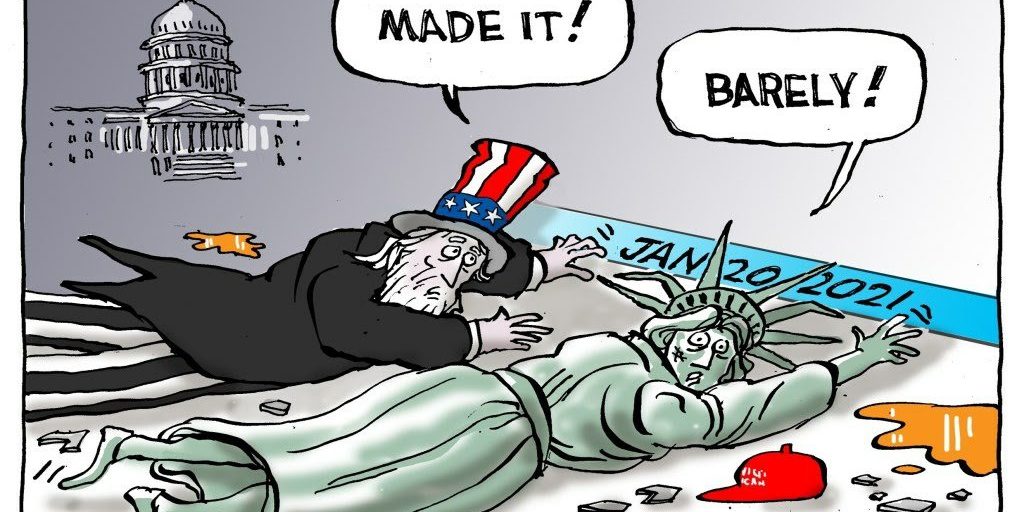 One term. Two impeachments.
On January 13, for the second time, the House of Representatives voted to impeach President Trump. (To review the details from the first impeachment: https://tinyurl.com/1st-Impeach.) They thus set in motion a trial in the Senate. Senators will then have the option to vote for or against Trump’s impeachment and guilt.

On Monday, January 25, nine Representatives walked across Statuary Hall in a ceremonial act to bring the Senate the single article of impeachment, which alleges the president incited a violent insurrection in the Capitol on Wednesday, January 6. The following day the senators voted on whether this trial of impeachment was constitutional as Trump is no longer in office. Kentucky Senator Rand Paul argued that it wasn’t within the bounds of the Senate to convict a president no longer in office; New York Senator and Majority Speaker, Chuck Schumer, moved that Paul’s argument be tabled. In a vote 55-45, largely across party lines, the senators supported Schumer’s move to table Paul’s argument.

Thus, the Senate impeachment trial of Donald J Trump will proceed, beginning on February 9, a date negotiated by Schumer and Senator Mitch McConnell. The Senate will need 67 votes, or a two-thirds majority of those senators present, to impeach former President Trump, a number some say may be unlikely, given that 45 Republican Senators voted against the actual trial. At the end of the trial, all the senators will have to vote on record whether or not to convict. So, what does that mean?

Unfortunately, a state conviction would not prohibit Trump for running for federal office. What it does mean, however, is that Trump would not be eligible for some of the perks that former presidents would enjoy, such as $200,000 each year and security paid by with tax payer dollars.