You are here:
Civics DeckIn The SpotlightNewsletter Highlights 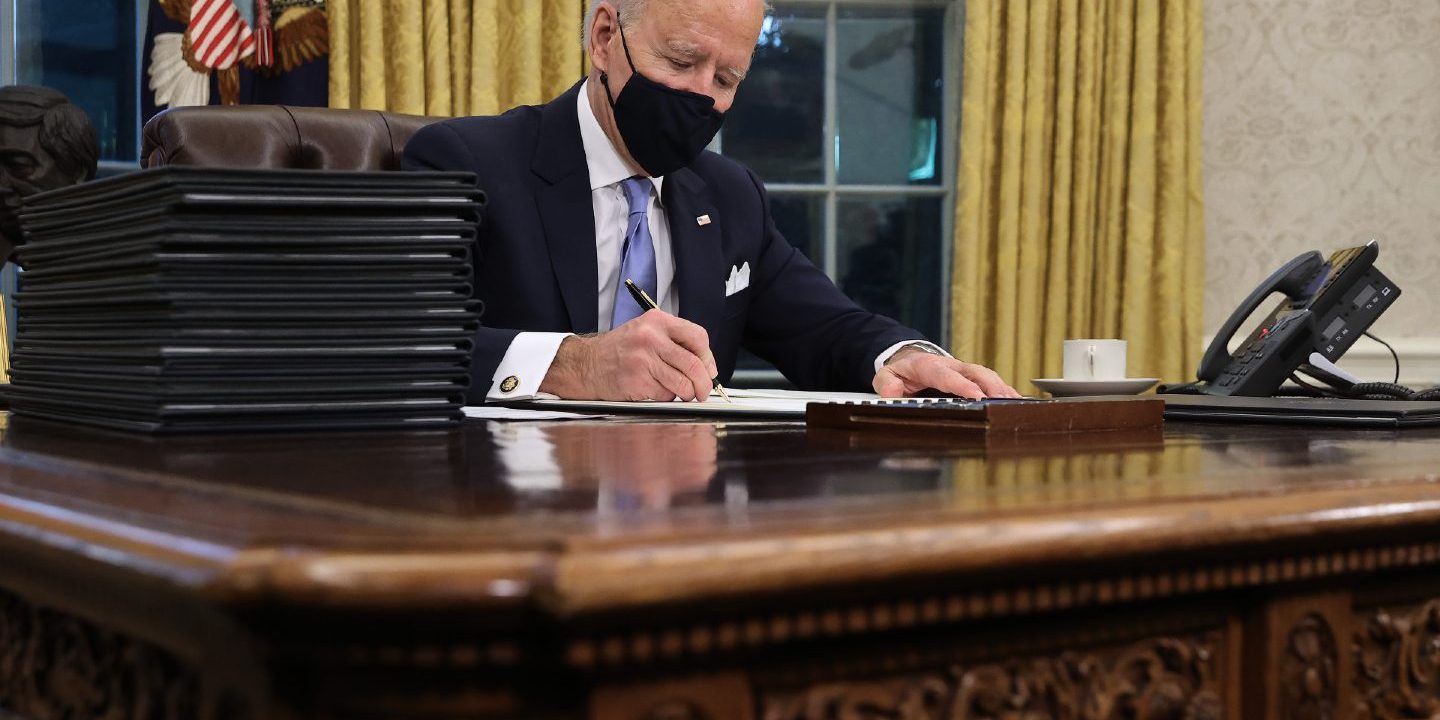 The following Executive Orders, Proclamations, and Memoranda represent a change in emphasis of the administrations and address the importance of issues that have been reversed or ignored over the last several years.

13990: Protecting Public Health and the Environment and Restoring Science To Tackle the Climate Crisis signed January 20, 2021
This broad environmental executive order reverses many of Trump’s decisions on the environment, climate change, national monuments, public health, cancels the Keystone Pipeline, and more, and restores the credibility of science to deal with these issues. Read more
14007: President’s Council of Advisors on Science and Technology signed January 27, 2021
“As directed in the Presidential Memorandum of January 27, 2021 (Scientific Integrity and Evidence-Based Policymaking), it is the policy of my Administration to make evidence-based decisions guided by the best available science and data. Officials and employees across my Administration shall seek from scientists, engineers, and other experts the best available scientific and technological information and advice.” Read more
14008: Tackling the Climate Crisis at Home and Abroad signed January 27, 2021
“It is the policy of my Administration that climate considerations shall be an essential element of United States foreign policy and national security. The United States will work with other countries and partners, both bilaterally and multilaterally, to put the world on a sustainable climate pathway. The United States will also move quickly to build resilience, both at home and abroad, against the impacts of climate change that are already manifest and will continue to intensify according to current trajectories.” Read more
14013: Rebuilding and Enhancing Programs To Resettle Refugees and Planning for the Impact of Climate Change on Migration signed February 4, 2021
“The long tradition of the United States as a leader in refugee resettlement provides a beacon of hope for persecuted people around the world, promotes stability in regions experiencing conflict, and facilitates international collaboration to address the global refugee crisis. Through the United States Refugee Admissions Program (USRAP), the Federal Government, cooperating with private partners and American citizens in communities across the country, demonstrates the generosity and core values of our Nation, while benefiting from the many contributions that refugees make to our country.” (a) “USRAP and other humanitarian programs shall be administered in a manner that furthers our values as a Nation and is consistent with our domestic law, international obligations, and the humanitarian purposes expressed by the Congress in enacting the Refugee Act of 1980, Public Law 96-212.” Read more
Proclamations
National Teen Dating Violence Awareness and Prevention Month, 2021 signed February 8, 2021
“This February, during National Teen Dating Violence Awareness and Prevention Month, we stand with those who have known the pain and isolation of an abusive relationship, and we recommit to ending the cycle of teen dating violence that affects too many of our young people.” Read more
American Heart Month, 2021 signed February 8, 2021
“Tragically, heart disease continues to be a leading cause of death in the United States. It affects Americans of all genders, races, and ethnicities. Yet despite being one of the country’s most costly and deadly diseases, it is among the most preventable. During American Heart Month, we recommit to fighting this disease by promoting better health, wellness, and prevention awareness in our communities.” Read more

Restoring Trust in Government Through Scientific Integrity and Evidence-Based Policymaking signed January 27, 2021
“It is the policy of my Administration to make evidence-based decisions guided by the best available science and data. Scientific and technological information, data, and evidence are central to the development and iterative improvement of sound policies, and to the delivery of equitable programs, across every area of government. Scientific findings should never be distorted or influenced by political considerations.” Read more
Protecting Women’s Health at Home and Abroad signed January 28, 2021
Women should have access to the healthcare they need. For too many women today, both at home and abroad, that is not possible. Undue restrictions on the use of Federal funds have made it harder for women to obtain necessary healthcare. The Federal Government must take action to ensure that women at home and around the world are able to access complete medical information, including with respect to their reproductive health. Read more

In Case You Missed It