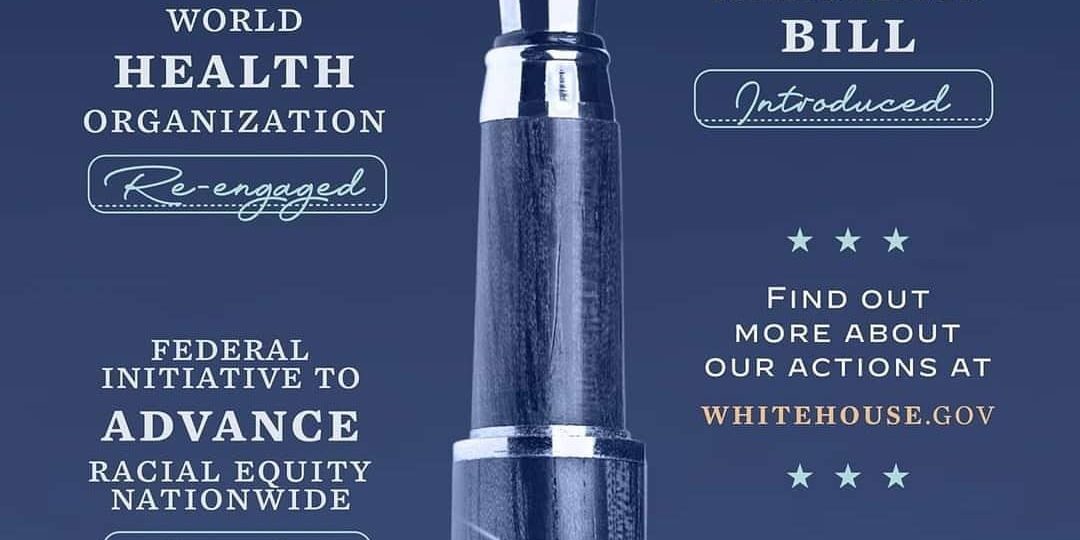 The President of the United States has various tools that he can utilize to exercise the authority of the Executive Office. The most well known and powerful is the Executive Order, as every President has used them to some degree since George Washington. Executive Orders are subject to legal review and a President must base the action on constitutional or legislative authority. Orders must be published with the Federal Register as an official document of the US Government, and the Office of Management and Budget is required to issue a “Budgetary Impact Statement.”  As in all governmental checks and balances, the Legislative branch must ratify the action or it can repeal it by passing opposing new legislation. Similarly, the Judicial branch can uphold or overturn the action should it be deemed unconstitutional.

The next tool in the Oval Office’s armory would be the Proclamation. Presidential Proclamations are executive announcements of policy from the President. The most common use of proclamations is for holidays, commemorations, and special observances (such as lowering a flag at half-staff). Occasionally there are, however, some substantive proclamations that deal with tariff or other trade issues that are important for legislative research purposes. And some proclamations can be used to push policy objectives through a deadlocked Congress. Like Executive Orders, proclamations are listed in the Federal Register for official documentation and legal review.

Another, less formal tool, is the Presidential Memoranda. An executive memorandum has no established process for how it can be issued. According to the Library of Congress, it does not have to be published in the Federal Register although most are, it doesn’t have to cite the president’s legal authority or involve the OMB. Traditionally, they have been used by presidents to give formal orders instructing federal departments or agencies to draw up new regulations or compile reports. A Presidential Notice is a policy extension of an action set forth by a memorandum.

The following section will be an ongoing series where Presidential Actions will be parsed out and broken down in an effort to acquire some transparency into the Executive Office. Within this section, there will be links directly to the documents in the Federal Register or the announcements from the White House websites. As of the date of this article, two weeks into his administration, President Biden has issued 24 Executive Orders – three unpublished, 4 Proclamations, and 7 Memoranda. 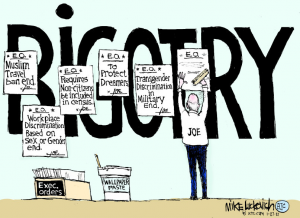 “Entrenched disparities in our laws and public policies, and in our public and private institutions, have often denied that equal opportunity to individuals and communities…Affirmatively advancing equity, civil rights, racial justice, and equal opportunity is the responsibility of the whole of our Government.” Read here.

13986: Ensuring a Lawful and Accurate Enumeration and Apportionment Pursuant to the Decennial Census, signed January 20, 2021

“…the executive branch has always determined the population of each State, for purposes of congressional representation, without regard to whether its residents are in lawful immigration status.” The Order includes a revocation of the previous order to collect information on the undocumented as well as repeals the memorandum to exclude undocumented individuals from the 2020 census. Read the order.

13988: Preventing and Combating Discrimination on the Basis of Gender Identity or Sexual Orientation, signed January 20, 2021

“All persons should receive equal treatment under the law, no matter their gender identity or sexual orientation.” Read here.

All listed orders from the previous administration affect or redirect the use of funds and confound agency efforts in addressing the needs of the nation. “To tackle [the Biden Administration’s] challenges effectively, executive departments and agencies must be equipped with the flexibility to use robust regulatory action to address national priorities. This order revokes harmful policies and directives that threaten to frustrate the Federal Government’s ability to confront these problems, and empowers agencies to use appropriate regulatory tools to achieve these goals.” Read the Order.

“The task of enforcing the immigration laws is complex and requires setting priorities to best serve the national interest…. My Administration will reset the policies and practices for enforcing civil immigration laws to align enforcement with these values and priorities.” This Order also revokes a previous order requiring agencies to detain, deport or fine any undocumented person and persecute any safe harbor jurisdictions. Read Order 13998.

“The COVID-19 pandemic has exposed and exacerbated severe and pervasive health and social inequities in America…. [and it’s] disparate impact on communities of color and other underserved populations remains unrelenting. There is established within the Department of Health and Human Services (HHS) a COVID-19 Health Equity Task Force (Task Force)…[which] shall provide specific recommendations…for mitigating the health inequities caused or exacerbated by the COVID-19 pandemic.” Read more.

14004: Enabling All Qualified Americans To Serve Their Country in Uniform, Signed January 25, 2021

“…all transgender individuals who wish to serve in the United States military and can meet the appropriate standards shall be able to do so openly and free from discrimination.” This order also revokes two executive memoranda from the previous administration that prevented trangender Americans from serving. Read the order.

This order will “protect and strengthen Medicaid and the Affordable Care Act and to make high-quality healthcare accessible and affordable for every American. Black, Latino, and Native American persons are more likely to be uninsured, and communities of color have been especially hard hit by both the COVID-19 pandemic and the economic downturn. In light of the exceptional circumstances…HHS shall consider establishing a Special Enrollment Period for uninsured and under-insured Americans to seek coverage.” The order also revokes previous executive orders removing coverage for preexisting conditions and undermining the ACA. Read the details.

Unpublished: The Establishment of Interagency Task Force on the Reunification of Families, signed February 2, 2021

The task force will identify and reunify children separated from their families at the United States-Mexico border since 2017. This order also revokes Executive Order 13841 of June 20, 2018, which gave culpability of family separation to congress. Read the full text here.

The day of January 20, 2021, is hereby proclaimed National Day of Unity and the President calls “upon the people of our Nation to join together” in unity. Read it all.

“…the previous administration enacted a number of Executive Orders and Presidential Proclamations that prevented certain individuals from entering the United States—first from primarily Muslim countries, and later, from largely African countries.” This proclamation revokes those previous orders and proclamations and mandates that visa processing is resumed immediately. Read here.

Preserving and Fortifying Deferred Action for Childhood Arrivals (DACA), for the Attorney General [and] the Secretary of Homeland Security, signed January 20, 2021

“DACA and associated regulations permit eligible individuals who pass a background check to request temporary relief from removal and to apply for temporary work permits. [The agencies] shall take all actions he deems appropriate…to preserve and fortify DACA.” As a memo, this is more of a direction to the agencies to strengthen DACA but offers little clarity or power of law. Read entirely.

Redressing Our Nation’s and the Federal Government’s History of Discriminatory Housing Practices and Policies, for the Secretary of Housing and Urban Development, signed January 26, 2021

“Throughout much of the 20th century, the Federal Government systematically supported discrimination and exclusion in housing and mortgage lending…Ongoing legacies of residential segregation and discrimination remain ever-present in our society.” This memo instructs HUD to examine and address three recent codes that impede it from providing fair, equitable housing. Read here.

Tribal Consultation and Strengthening Nation-to-Nation Relationships, for the Heads of Executive Departments and Agencies, signed January 26, 2021

This memorandum reaffirms the policy set forth in Executive Order 13175 of November 6, 2000, and reiterated in Presidential Memoranda November 5, 2009, recognizing tribal nation sovereignty and encouraging Nation to Nation consultation. Read the Memorandum.

Condemning and Combating Racism, Xenophobia, and Intolerance Against Asian Americans and Pacific Islanders in the United States, for the Heads of Executive Departments and Agencies, signed January 26, 2021

This memo is a direct response to the xenophobia surrounding the origin of the COVID-19 virus. Agencies are directed to ensure language barriers are addressed and that its pandemic response does not contribute or exacerbate racism against Asian Americans and Pacific Islanders. Read more.