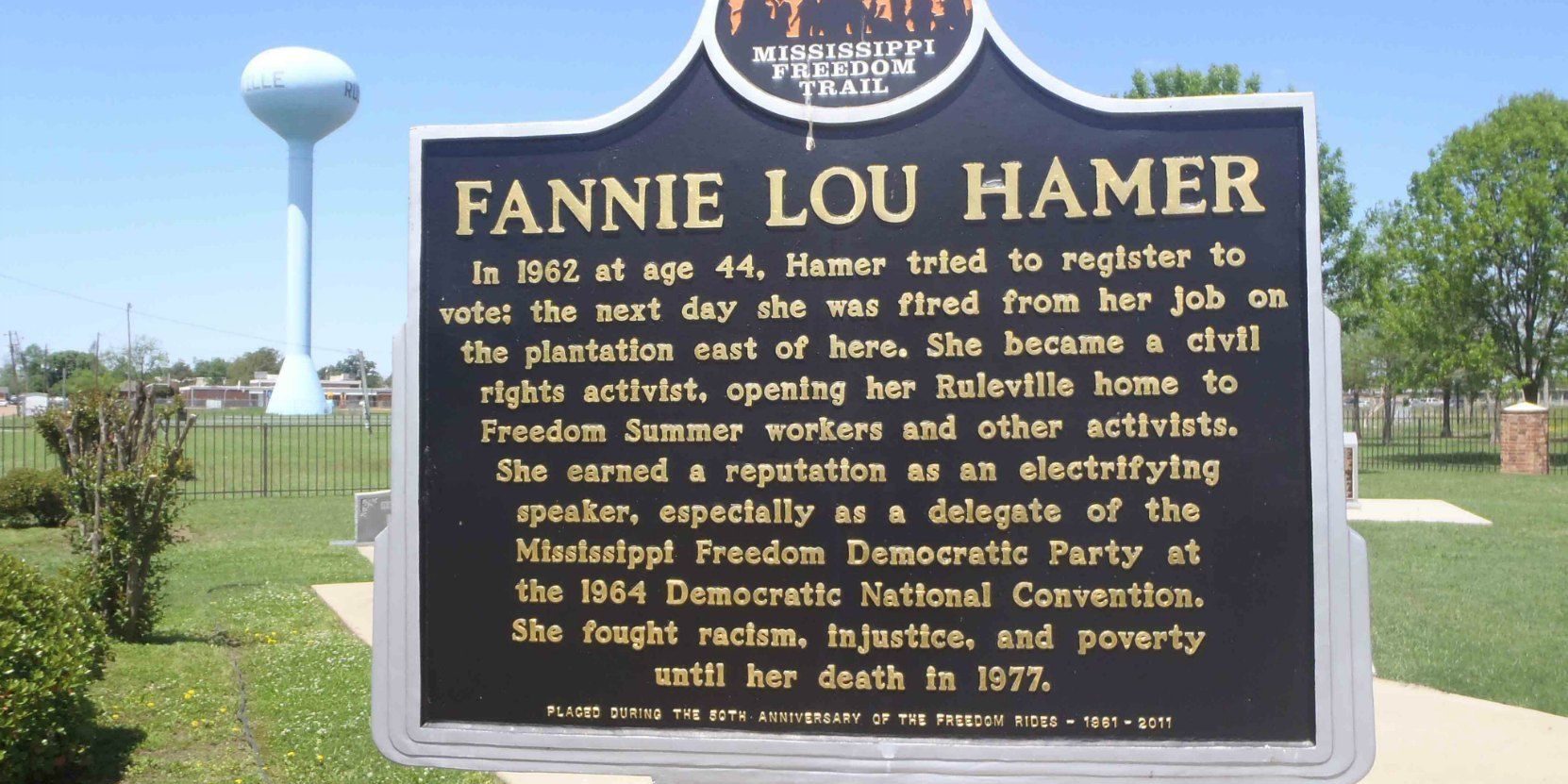 Although the subject of Black female activists fighting for voting rights has been rehashed in the media in the 2020 Presidential Election and the US Senate runoffs in Georgia. It was clear that Black female voting rights activists were pivotal in affecting the change to a new administration. In January, coinciding with the runoffs, Time reprinted a November article illuminating the chronicle of Black women activists that started out fighting for the women’s vote, a story that begins long before the recent historic efforts in Georgia – in fact, one that spans the life of America itself. In celebration of both Black History Month and the upcoming Women’s History Month (March), it is important to PEG to further highlight the marginalized and forgotten tradition of Black women activists and organizers fighting for the right to vote.

It is often the case in the fight for human rights that women’s rights, especially the fight for black women’s voices are the least recognized.  Despite being famous for her abolitionist achievements, Sojourner Truth was also a prominent voice in the fight for black women’s voting rights. Truth represented Black women at the first national women’s rights convention in 1850, and when she delivered her “Ain’t I A Woman?” speech the next year, she set the framework for suffragist activism well into the 20th century.

During the rise of the suffrage movement, in a bid to garner wider support, many white suffragists excluded Black women from their activism. As a result and despite their efforts, Black women end up underrepresented in some of the most famous moments from the history of voting rights. Calling for universal voting and marching in the woman’s suffrage parade in Washington DC in 1913, the Delta Sigma Theta sorority from Howard University and other Black organizations were consigned to marching at the rear or, as Ida B. Wells chose, to lead their own separate parade.

History also doesn’t speak about women like Juno Frankie Pierce and Mattie E. Coleman, who not only helped 2,500 Black women in Tennessee get the right to vote in Nashville’s 1919 municipal elections and become among the first Black women eligible to vote in the South, these Black activists helped convince the state to seal the ratification of the 19th Amendment, though Jim Crow laws prevented Black women from universally voting until decades later.

There were women such as Fannie Lou Hamer during the civil rights movement, noted for her powerful voice and Black voter rights, but not especially celebrated for her efforts in Black women’s activism and voting suffrage. As John Lewis noted in his memoirs, “Black women carried on… efforts through the early 1960s, at churches and bus stops and beauty shops, on farms, and at community meetings. But they rarely became household names, especially as the male leaders of the fight for voting rights were the spokespeople who talked to and got quoted in news outlets, and there was a lot of chauvinism.”

In 2013, the Supreme Court invalidated part of the 1965 Voting Rights Act, the law that had brought to fruition many of the goals of Hamer and her peers. That portion that was invalidated, prevented states from implementing suppressive voting tactics that disproportionately affected minorities. Such as what occurred when Stacey Abrams ran for governor in 2018. Much like when Hamer was presented with obstacles, Abrams was spurred to become a vocal activist for voting rights and joined by many of her peers to successfully flip Georgia.

It is this overlooked history of dedication to progressing forward that today’s Black female organizers fighting for the vote recognize, build upon, and respect. It was evident in November and January, that the under-recognized work by Black women activists, past and present, opens doors and impacts people of all races and genders and will be the key in the continued fight for voting equality.