Good News: AFFORDABLE CARE ACT (ACA) IS 11 YEARS OLD
In 2010 Obama signed the ACA, also known as Obamacare, which expanded healthcare to 17 million Americans who were previously uninsured due to lack of access,

cost and pre-existing conditions. This law transformed the healthcare system. ACA has been attacked on several fronts over the last 11 years but has prevailed with some changes. It has remained vibrant and inspired a new wave of discussion on what our country could do next to improve our healthcare system even further.

During a global pandemic, nearly 100 million people in America are uninsured or are underinsured. 27 million lost their employer-based coverage when they lost their… More 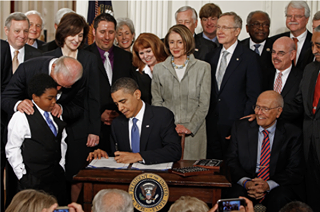