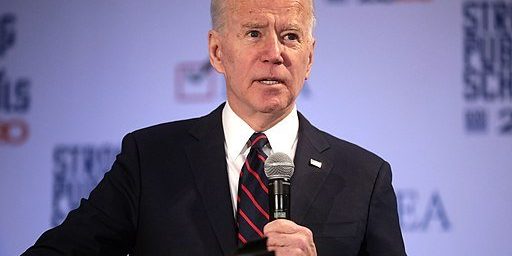 This has been an ongoing series where Presidential Actions have been parsed out in an effort to acquire some transparency into the intentions President Biden has implemented in the opening days of his administration. For a full breakdown of the difference in the kinds of  Actions available, please visit PEG’s article “Presidential Actions: What’s the Difference?”. It must be noted that it is easy to revoke the executive orders of previous administrations without the proper legislation to codify policy. It is imperative to understand that without urging congress to pass bills that support Executive Orders, they are vulnerable once a president leaves office.

The subjects of the following actions range from policy revocations, civil rights, and foreign policy. There are links directly to the officially published documents in the Federal Register. As of the date of this article, fifty days into his administration, President Biden has issued 35 Executive Orders, 16 Proclamations, and 11 Memoranda. Notices have not been presented, but can be found in the Federal Register.

14014: Blocking Property With Respect to the Situation in Burma, published February 12.

The order condemns the coup in Myanmar and the subsequent imprisonment of the democratically elected government officials. The order further finds that these actions are “undermining the country’s democratic transition and rule of law, [and] constitutes an unusual and extraordinary threat to the national security and foreign policy of the United States.” The order further enunciated consequences for any American enterprise’s previous or continued involvement in the current Burmese political climate. The President then declared a national emergency freeing agencies to deal with that threat. Read here.

14015: Establishment of the White House Office of Faith-Based and Neighborhood Partnerships, published February 18.

This Executive Order establishes the so named White House Partnerships Office, charged with the constitutional commitment of empowering faith-based and secular organizations to assist in the delivery of vital services to communities, especially those comprised of low-income or underserved individuals. Read the order.

Executive Order 13801 of June 15, 2017 (Expanding Apprenticeships in America) in an attempt to circumvent the financial burden of defaulted higher education loans and establish trade apprenticeships in industries that are much reduced in capacity and many do not pay a living wage. The details are here.

On the anniversary of the march in Selma (3/7), and in the wake of the John Lewis Voting Rights Act or 2020, President Biden signs this order to protect “the right to vote [as] the foundation of American democracy. Free and fair elections that reflect the will of the American people must be protected and defended….Executive departments and agencies (agencies) should partner with State, local, Tribal, and territorial election officials to protect and promote the exercise of the right to vote, eliminate discrimination and other barriers to voting, and expand access to voter registration and accurate election information. It is our duty to ensure that registering to vote and the act of voting be made simple and easy for all those eligible to do so.”  Learn the particular details here or read the latest article here.

In remembrance of 500,000 deaths due to covid-19, the President calls for a nationwide moment of silence and flags to be flown at half staff through February 26. Read it here.

The revoked Proclamation 10014 of April 22, 2020, along with its two extensions, (indefinitely) suspended immigration during the pandemic due to them being a perceived labor threat to revitalizing an economy struggling under the burden of the coronavirus. “To the contrary, it harms the United States, including by preventing certain family members of United States citizens and lawful permanent residents from joining their families here. It also harms industries in the United States that utilize talent from around the world. And it harms individuals who were selected to receive the opportunity to apply for, and those who have likewise received, immigrant visas through the Fiscal Year 2020 Diversity Visa Lottery.” Read the document here.

The four orders seek to raise awareness or celebrate the cultural and social contributions these communities have made in American History. Read them here.

“In this moment of crisis, the last thing any of us should have to contend with are predators in the consumer marketplace seeking to take advantage of us, exploit our personal data, or invade our digital privacy.” This proclamation seeks to protect consumers from fraudulent activities, especially in response to the influx during the pandemic. Find out more.

President Biden proclaimed March 2, 2021, to be Read Across America Day, where “on this [day], we celebrate the parents, educators, librarians, and other champions of reading who help launch our Nation’s children on [the] critical path…of lifetime discovery. Families, educators, librarians, public officials are to ensure that all of our children [have access to and] receive the high-quality instruction and essential classroom time they need to learn and grow.” Read the full order here.

“It shall be the policy of the United States to pursue an end to discrimination on the basis of sexual orientation, gender identity or expression, or sex characteristics, and to lead by the power of our example in the cause of advancing the human rights of LGBTQI+ persons around the world. All agencies engaged abroad are to ensure that U.S. diplomacy and foreign assistance promote and protect the human rights of LGBTQI+ persons.” Read entirely.