Corporations nationwide are speaking out against laws that make voting more…

Corporations nationwide are speaking out against laws that make voting more difficult. Some laws include measures giving state Legislatures more power. This power could be partisan. However, the good news is

Chief executives from more than 100 companies issue a statement that said, “We believe every American should have a voice in our democracy and that voting should be safe and accessible to all voters.” The companies are part of Civic Alliance, a coalition that “recognizes that a strong democracy is good for business,” according to its website. Get the story: https://cnn.it/39ValIs 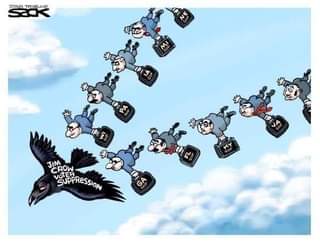