DC Statehood would give full rights of citizenship to 712,000 Americans 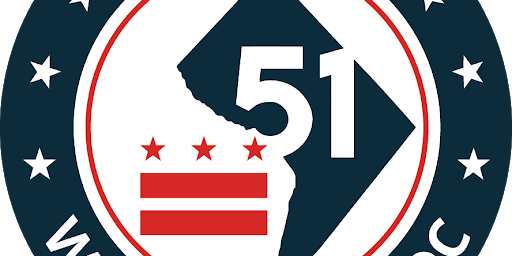 United States citizens, and indeed the global general populace, are fully aware that Washington, District of Columbia, is the nation’s capitol city and the renowned seat of the U.S. Government. It is the doorstep to foreign policy through numerous embassies and home to at least one office of every federal agency. It is the 20th largest city in the country.

What isn’t widely known outside of the DelMarVa (Delaware-Maryland-Virginia) region is that Washington, DC is a historically Black city and Black people still make 47% of the population (41% White, 4% Asian, and 11% are Hispanic origins). And although DC’s 712,000 residents pay taxes, vote in elections, serve in the military and carry out all the responsibilities of American citizenship, they have little say in the regulation of their city; the Federal Government solely holds that power, including affecting local laws, city funding and its operations.

In other words, Washingtonians, most of whom are black and brown bodies, have none of the rights that are afforded every other American citizen who lives in a recognized state. Even the mayor’s office has to submit a budget review for federal approval. If construction needs to happen within the city it is under the purview of a federally appointed commission. No other city or state is required to seek federal approval on such matters, predominantly living under their own autonomy.

The highest elected official that represents the city is the Mayor, currently Muriel Bowser, who presides over the city council. DC can elect one non-voting delegate for the House of Representatives, the inimitable Congresswoman Elenor Holmes Norton. There are no senators, therefore no seat in US Senate committees or a voice on the Senate floor. 712,000 DC residents do not have senate representation so do not have a say in federal leadership for agencies, ambassadors, or court judges. Such federal interdiction disenfranchises an entire city of tax-paying American citizens. Daily. That is the reason license plates read “taxation without representation”. Washington’s residents pay more taxes than residents in 22 states, yet have no seat at congressional tables.

According to The New York Times, the disparity of DC residents’ treatment was brought to national attention due to recent events. When last March’s economic stimulus funds were dispensed to states, the city of DC did not receive the much-needed assistance for its own municipal needs, as it was regarded as a territory. Later that summer, the previous administration flooded the streets with military from other states in order to “subdue” citizens exercising their rights during the racial justice protests, instead of relying on the city’s police force as in other locales. Likewise, there was extensive use of federal officers throughout the city culminating in their violent use to clear Lafayette Square. And most notably, during the January 6, 2021 insurrection, Mayor Muriel Bowser could not mobilize the DC national guard when needed, as any other state government head would have the ability to do. The guard had to be federally approved by a higher power.

Last June, Mayor Bowser and Congresswoman Norton championed HR 51, establishing that DC be recognized as Washington, Douglass Commonwealth (so named in honor of Frederick Douglass), be allowed two senators, and a voting representative. The National Mall, the White House, Capitol Hill, and some other federal property would remain under congressional jurisdiction, with the rest of the land becoming the new state. The Congresswoman could neither introduce the bill herself, nor could she vote for it, although she fought to have the measure brought before the House for the first time in 25 years. It should also be pointed out that three-quarters of city residents are registered democrats, and it is presumed at least one of the senators and the representative would be a Democrat. Predictably, the House voted along party lines 232 to 180, with every Republican and one Democrat dissenting.

Take Action! Express your support for HR 51 and urge both U.S. Representatives and Senators to support statehood for the 712,000+ residents of Washington, DC. Watch a short clip where Congressional members show wide support for DC statehood, which has set the groundwork for the Senate and the Biden Administration’s approval.