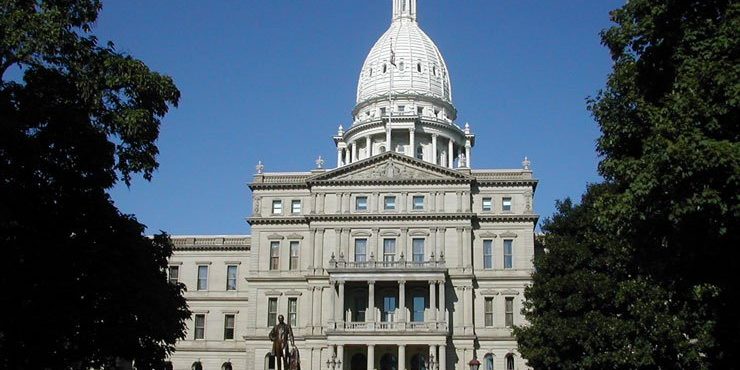 Definitions
Redistricting is the process of drawing new congressional and state legislative district boundaries. District lines are redrawn every 10 years following completion of the United States census. Federal law stipulates that districts must have nearly equal populations and must not discriminate on the basis of race or ethnicity. On February 12, 2021, the U.S. Census Bureau announced that it would deliver redistricting data to the states by September 30, 2021, requiring states to postpone their redistricting efforts.
Apportionment is the process by which representation in a legislative body is distributed among its constituents. The census bureau was originally expected to deliver its apportionment report by December 31, 2020, and redistricting data to the states by April 1, 2021.[2][3]
Constitution/Laws
Federal requirements for congressional redistricting
Article I, Section 4 of the United States Constitution, specifies that the states and their legislatures have primary authority in determining the “times, places, and manner” of congressional elections. Congress may also pass laws regulating congressional elections.[6][7]
Article I, Section 2 of the United States Constitution stipulates that congressional representatives be apportioned to the states on the basis of population. The equal population requirement for congressional districts is strict. According to All About Redistricting, “Any district with more or fewer people than the average (also known as the ‘ideal’ population), must be specifically justified by a consistent state policy. And even consistent policies that cause a 1 (one) percent spread from largest to smallest district will likely be unconstitutional.”[11]
Although the US Constitution is silent on the issue of state legislative redistricting, the US Supreme Court issued several rulings in the mid-1960s in an effort to clarify standards for state legislative redistricting. In Reynolds v. Sims, the court ruled that “the Equal Protection Clause [of the United States Constitution] demands no less than substantially equal state legislative representation for all citizens, of all places as well as of all races.”
Michigan
Upon completion of the 2020 census, Michigan will draft and enact new district maps. Michigan’s 14 United States representatives and 148 state legislators are all elected from political divisions called districts.
It will be up to Michigan’s newly appointed non-politician Redistricting commission to redraw both the congressional and state legislative district lines and determine which seat will no longer exist. The commission comprises 13 members, including four Democrats, four Republicans, and five unaffiliated voters or members of minor parties. In order for a map to be enacted, at least seven members must vote for it, including at least two Democrats, two Republicans, and two members not affiliated with either major party.[4]
Under the state constitution, the Michigan Independent Citizens Redistricting Commission must propose congressional and legislative maps by September 17 and adopt the final maps by Nov. 1st. Due to the delay in receiving the census, Michigan will be unable to meet its constitutional deadlines for redistricting.
Michigan’s redistricting commission and Secretary of State Jocelyn Benson petitioned the state Supreme Court to extend the deadline for adopting new congressional and legislative districts.  The petition proposes a new timeline to accommodate the delay in which the commission would propose redistricting plans by December 11 and adopt final plans following 45 days of public comment by January 25, 2022.
These date changes will allow compliance with the state’s constitution which guarantees that the people of Michigan have 45 days to review and provide comment on the maps created by the commission. The date changes also provide the Bureau of Elections enough time to update the state’s voter registration database. After each redistricting cycle, the state has to assign every registered voter to their new congressional, state Senate and state House districts so that they are given the correct ballot.
The new Electoral College map, with votes based on each state’s latest share of seats in Congress, goes into effect beginning with the 2024 presidential race.
Action
Make your voice heard!  Provide your input to the Michigan Independent Citizens Redistricting Commission. There is a meeting on Wednesday, May 19, under Events.
Additional Reading
Ballotpedia provides an extensive explanation about redistricting in Michigan after the 2020 census and the Detroit Free Press explains the processes required by the State of Michigan Constitution.
Categories: In The Spotlight, Newsletter HighlightsMay 6, 2021Leave a comment
Tags: apportionmentcongressconstitutionelectoral collegeMichiganRedistrictingStacey Abramsstate constitution