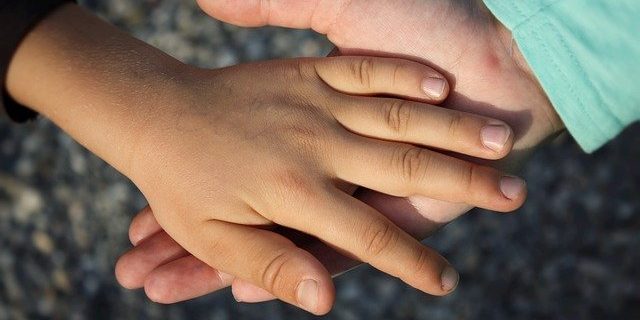 The situation at our country’s southern border continues to present immense challenges. Although the Biden administration has taken steps to reverse former President Trump’s Remain in Mexico policy, thousands of people are still struggling with food insecurity, unsanitary conditions, and the threat of violence in camps along the border. Additional problems are caused by recent policy and personnel changes that have created confusion and uncertainty at the border.
The Biden administration is facing ongoing political pressure to decrease or halt the number of migrants at the US’s southern border, which hit a two-decade high for a single month in April, according to US Customs and Border Protection’s latest figures. Nearly half of the 178,622 migrants encountered at the US-Mexico border came from the Northern Triangle countries of Guatemala, El Salvador and Honduras that month.
The surge in the influx of people was real – as was the inability of the federal government to process and shelter those coming in a timely, humane manner. In March the Biden administration announced it had successfully converted places like the convention center in Long Beach, California, into a temporary home for unaccompanied minors. In mid-May, fewer than 500 children are being held by US Customs and Border Protection at any given time, down from more than 5,700 in March. Instead of days in facilities that are objectively unfit for children, most are being transferred out in less than 24 hours. However, there remains a large backlog, nearly 300,000, of asylum cases that are still pending. These children have no lawful immigration status in the United States.
Recently the first family reunifications under the Biden administration began, addressing Trump’s separation practice. Although thousands have been reunited, the parents of 445 separated children are not yet located. Many remain separated because of the Trump administration’s refusal to allow them to reunite in the United States. Three months ago, Biden established the Family Reunification Task Force, which should assist in the reunification process.

Children are placed in the custody of the Health and Human Services Department (HHS), specifically its Office of Refugee Resettlement (ORR). More than 20,600 children are now in the custody of ORR.
Current Law states that HHS has custody and must provide care for each Unaccompanied Children (UC). An unaccompanied child is defined as a child who has no lawful immigration status in the United States; has not attained 18 years of age; and has no parent or legal guardian in the United States available to provide care and physical custody.
ORR serves unaccompanied children in two distinct programs: the  Unaccompanied Refugee Minors Program (URM) and the Unaccompanied Children (UC) Program.
THE UNACCOMPANIED REFUGEE MINORS PROGRAM (URM)
The URM program serves some of the most vulnerable minors in the world — those who were fleeing persecution, violence, or abuse, and entered the United States without a parent or custodian. Currently, minors and youth served in the program represented more than 50 nationalities.
The program encourages reunification of minors with their parents or other appropriate adult relatives whenever possible. Minors whose parents are deceased, untraceable, or inappropriate due to abuse or neglect may be placed in foster care for a long-term basis. Other placement options include group homes, semi-independent living, independent living, placement with a relative, and residential treatment facilities.
Initially, only unaccompanied minors with refugee status identified overseas were eligible for the URM program. Over time, Congress has expanded eligibility to other populations: With the exception of refugees referred by the U.S. Department of State, ORR requires all other eligible minors to go through an application process for placement and services. Based on the minor’s best interests and availability of appropriate placement options, ORR determines whether a minor can enter the URM program.
The program works with states and local URM providers to deliver unaccompanied refugee minors with necessary care and services. With support from ORR, states administer and oversee the program and ensure program and fiscal requirements are met. The program relies on involvement from a wide range of community members including foster parents, mentors, former unaccompanied refugee minors, volunteers, leaders of faith communities, ethnic community leaders, teachers and coaches, business owners and many others.
Children involved in this program receive refugee foster care services and benefits. Refer to this website to gain a better understanding of the services provided.

Unaccompanied minors are under the age of 18. These minors do not have a parent or legal guardian in the US who can provide care or physical custody. The UC Program is managed by the Office of Refugee Resettlement (ORR) within the Administration for Children and Families (ACF), an operational division of the HHS. The Homeland Security Act of 2002 transferred the care and custody of these minors to ORR from the former Immigration and Naturalization Service (INS) to move away from the adult detention model. In the Trafficking Victims Protection Reauthorization Act of 2008, which expanded and redefined HHS’s statutory responsibilities, Congress directed that each child must “be promptly placed in the least restrictive setting that is in the best interest of the child,” subject to considerations of whether the child is a danger to self or others.
The Fact Sheet that outlines the many the creation of the program, its mission and the services that are provided unaccompanied children.

What happens to asylum seekers arriving at the U.S. border?

From 2004 through 2019, Department of Homeland Security (DHS) subjected almost all noncitizens who were encountered by, or presented themselves to, a U.S. official at a port of entry to expedited removal, an accelerated process which authorizes DHS to perform rapid removal of certain individuals.
The CBP must not violate international and domestic laws by returning individuals to countries where their life or liberty may be at risk. The credible fear and reasonable fear screening processes is available to asylum seekers in expedited removal processes. Individuals who are placed in expedited removal proceedings and who tell CBP official that they fear persecution, torture, or returning to their country or that they wish to apply for asylum should be referred for a credible fear screening interview conducted by an asylum officer. If the asylum officer determines that the asylum seeker has a credible fear of persecution or torture, it means that the person has proven that he or she has a “significant possibility” of establishing eligibility for asylum. The individual will then be referred to immigration court to proceed with the defensive asylum application process. If the asylum officer determines the person does not have a credible fear, the individual is ordered to be removed. Before removal, the individual may appeal the negative credible fear decision by appearing before an immigration judge.
In April 2018, the Trump administration issued guidance formalizing a prior policy of turning away asylum seekers at the U.S. border. Under “metering,” asylum seekers are told to wait in Mexico, usually placing their names on a list, until CBP officers determine that a given port of entry has capacity to process them. Through metering, asylum seekers are prevented from accessing the asylum process when they arrive at the U.S. border. Then, in January 2019, DHS began implementing a series of new programs that have significantly altered the traditional credible and reasonable fear processes making it more difficult for asylum seeker to access those processes. COVID also placed additional restrictions on asylum seekers.
As soon as children enter ORR care, they are put in contact with their parents, guardians or relatives, if known, and the process of finding a suitable sponsor begins. The vast majority of sponsors are a parent or a close family relative living in the United States. Children are provided age-appropriate care and wraparound services in one of the approximately 200 state-licensed facilities and programs in 22 states funded by ORR. As of May 2, 2021, there are approximately 22,264 UC in HHS care. At the end of March 2021, the average length of UC care was 35 days. ORR is working to further reduce length of care in ways that do not jeopardize the safety or welfare of the children.

Jewish Family Services (JFS) is the resettlement agency for Washtenaw County. The refugees are referred by the State Department to HAIS, a Jewish American nonprofit organization that provides humanitarian aid and assistance to refugees. All states that receive refugees are provided with money that is used to assist in resettling refugees. Although HIAS was originally established to aid Jewish refugees, persons from all countries and religions are now resettled by both HIAS and JFS.
The difference between refugees and illegal and undocumented immigrants is the legal status in which the individuals enter the United States. Refugees arrive legally and are thus provided with the necessary documents to both live and work in the United States.
Activity at the border does not necessarily mean that local agencies, such as JFS, are involved with those individuals as they have not entered the US as refugees. However, if an undocumented individual is placed in Washtenaw County through one of the aforementioned program, then those individuals might also be seen by local agencies for wrap around social services, even though they have not attained refugee status.