The Road to Fascism 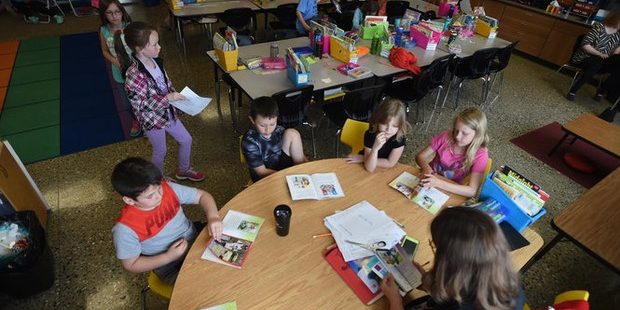 Critical Race Theory originated as a body of scholarship analyzing systematic racism. It alleges that racism is systemic and evident in all aspects of American society, including health care, housing, economics, education, clean water, and the criminal justice system. Over generations, this system has given white people enormous advantages while compounding disadvantages for Black people and other minorities.
This theory was meant to be taught on the undergraduate and graduate levels, never to students in K–12. Yet conservative legislators have rallied around that term as a means of suppressing the teaching of slavery and racism in public education, despite the fact it has been taught for decades, despite the fact that polls show over 70% of Americans support that teaching on the high school level.
Anti-CRT bills were introduced in the Michigan Legislature this spring. Senate Bill
46 forbids teaching about the 1619 project and the teaching of “anti-American and racist theories, reading guides, lesson plans, activities, guided discussions, and other resources that promote the view that the United States and its Constitution are fundamentally racist, and that people of color are fundamentally oppressed. If this stricture were violated, it would require the state to “withhold 5% of the total funds due to the school district or public school academy.” SB 46 remains in the Senate Committee on Education and Career Readiness. HB 5097 also sits in Committee.
The passing of these bills suppressing the teaching of racism would be a major coup for the GOP, laying the way for legislation controlling all aspects of History, Civics, and Social Studies. This is the road to fascism. Authoritarian leaders from the ancient Chinese Emperor Qin Shi Huang (259-120 BC) down to Lenin in Russia, and Hitler in Nazi Germany have recognized that suppressing the truth and supporting ignorance is the way to maintain power.
Categories: Civics Deck, Newsletter HighlightsOctober 7, 2021Leave a comment
Tags: Critical Race TheoryCRTdemocracyEducationGOPgovernmentMichiganpoliticsprogressiveschoolSenateUnited States