How Petitions work in Michigan 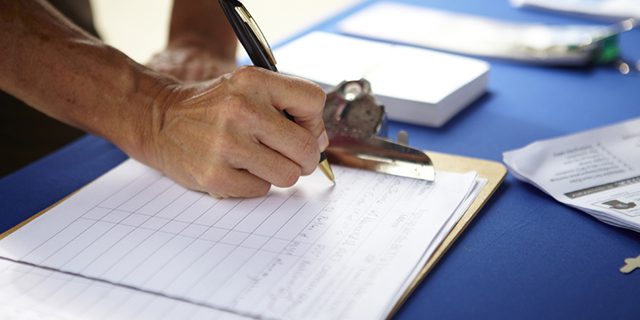 by Leslie Kamil, OTR/L, MS, JD
How petitions work in Michigan
Michigan citizens can file a petition with the state government to establish a new law, repeal a newly-enacted law through a referendum or amend the state’s constitution.
Groups that want new legislation or a constitutional amendment must submit a copy of their petition to the Secretary of State before circulating it. The format of the petition and a summary of the petition, in 100 words or less, may also be submitted to the state Board of Canvassers for approval.
Groups can start collecting signatures as soon as they submit the petition to the Secretary of State. Approval is NOT REQUIRED for groups to gather signatures, but is recommended to minimize chances the petition is rejected later in the process. The number of valid signatures required for each petition type is based on the percentage of total votes cast in the last gubernatorial election.
The deadlines and percentages needed to amend the state’s constitution, establish a new law or for a referendum to repeal a newly-enacted law can be found here.
The Board of Canvassers, a four-member panel in charge of tallying votes, certifying statewide elections, and recounting ballots for state-level offices, will validate signatures for each petition.
The state Legislature can then adopt or reject petitions seeking new laws within 40 days, a provision that is rare among states. This provision, which has been discussed in Michigan, allows lawmakers to adopt a measure and circumvent the governor and prevent a veto of the law. If lawmakers don’t adopt the measure, it goes on the ballot for the general election.
Constitutional amendments go onto the general election ballot, as will referendum petitions. Laws that are targeted for repeal are suspended pending the outcome of the election. Specific information on petitions, guidelines, rules, deadlines, requirements, format etc. can be found here, Sponsoring a Statewide Initiative, Referendum or Constitutional Amendment Petition.

CURRENT PETITIONS THAT REQUIRE YOUR ACTION as of March 1, 2022

Petitions that warrant your signature and action to collect signatures

The coalition supporting this petition states that the measure offers flexibility for voters to cast their ballots, make elections more accessible and ensure election security while protecting voter privacy. This would amend the state constitution.  Additional and important specifics can be found here.

The Board of Canvassers has approved the revised format and summary of the petition.  Signatures are not yet being collected.

Petitions you should not sign and discourage others from signing

The petition is currently collecting signatures. The Republican-led Legislature likely would adopt the measure if it collects enough signatures.

To Do: make sure you share this information widely to discourage signatures.

Backers, mostly Republicans, say the measure proposed would add safeguards to the election process and ensure there is no fraud.  Opponents say the initiative offers solutions to a problem that doesn’t exist and instead is intended to suppress the vote and undermine trust in elections. Read this article for proposal specifics.

Signatures are currently being collected. The Republican-led Legislature would likely adopt the measure if it collects enough signatures.

To Do: Make sure you share this information widely to discourage signatures.

PEG will review the petitions and keep you up to date on which petitions have been approved, are collecting signatures and on actions needed.